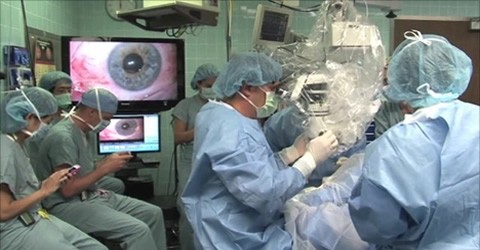 Three hundred and fifty Cuban doctors have arrived in the country to support healthcare delivery under a medical service and educational agreement between Ghana and Cuba.

The Cuban doctors will not be paid salaries but rather receive monthly allowances of $150 and free accommodation.

The arrival of the Cuban doctors, according to the Minister of Health, Ms Sherry Ayittey, had nothing to do with doctors’ strike in the country, which is in its third week.

Already, 250 young Ghanaians have left for Cuba to be trained as doctors.

The Ghana-Cuba medical service and educational agreement was signed at a ceremony in Accra yesterday.

In her remarks, Ms Ayittey explained that the partnership between the two countries started 20 years ago and had no bearing on the current strike by doctors.

She said the medical assistance from Cuba formed part of efforts by the Ghana government to enhance the doctor-patient ratio and accordingly improve on accessibility to healthcare delivery.

She said currently there were 2,843 doctors for a population of about 25 million, giving a ratio of one doctor to 10,000 patients, a situation which affected the delivery of quality health care.

Ms Ayittey said every two years the two countries signed a memorandum of understanding to renew the agreement.

On the training of Ghanaian doctors in Cuba, she said the students, who were selected from deprived districts, would be made to serve in their respective areas after qualifying.

For his part, Mr Nicolas said the agreement attested to the strong partnership between the two countries in the health sector.

He explained that the agreement allowed for Ghanaian doctors to be trained in Cuba, while Cuban doctors would come to the country to offer healthcare services, adding that Cuban doctors who were currently in Ghana worked mostly in public hospitals.

Mr Nicolas said for the past 20 years Cuban doctors had been working in Ghana to support efforts by the government to improve the health system.

So far, he said, Cuba had trained more than 1,100 Ghanaian doctors in different fields of medicine, adding, “Our purpose is to contribute to the effort made by the government of Ghana in the health sector.”