NLC suit against GMA to be heard May 8 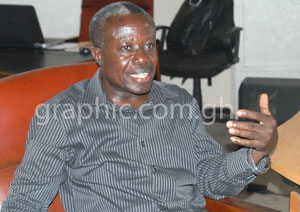 The Financial Division of the Fast Track High Court in Accra has adjourned to May 8, 2013 the hearing of the suit brought against the Ghana Medical Association (GMA) by the National Labour Commission (NLC) following the GMA’s refusal to call of its strike after a series of negotiations with the government.

When the case was called yesterday, the court, presided over by Mr Justice John Ajet-Nasam, said records indicated that the GMA had not responded to the service issued by the NLC, for which reason the matter could not be heard which, thereby necessitating an adjournment.

An Accra Fast Track High Court has also fixed May 8, 2013 to begin hearing a suit brought against the GMA by Mr Puines Amuzu, an Accra-based legal practitioner, who is seeking a court injunction to compel the striking doctors to return to work.

Mr Amuzu filed the writ seeking a declaration that the GMA strike was unlawful and, therefore, unwarranted.

He is also praying the court to restrain the doctors from embarking on future strikes because they are essential service providers.

The council said the action had been necessitated by the government's unwillingness to meet doctors’ grievances on market premium, reduced pensions and conversion differences following their migration onto the Single Spine Salary Structure (SSSS).