Women, girls have right to make choices about their bodies - SWOP report 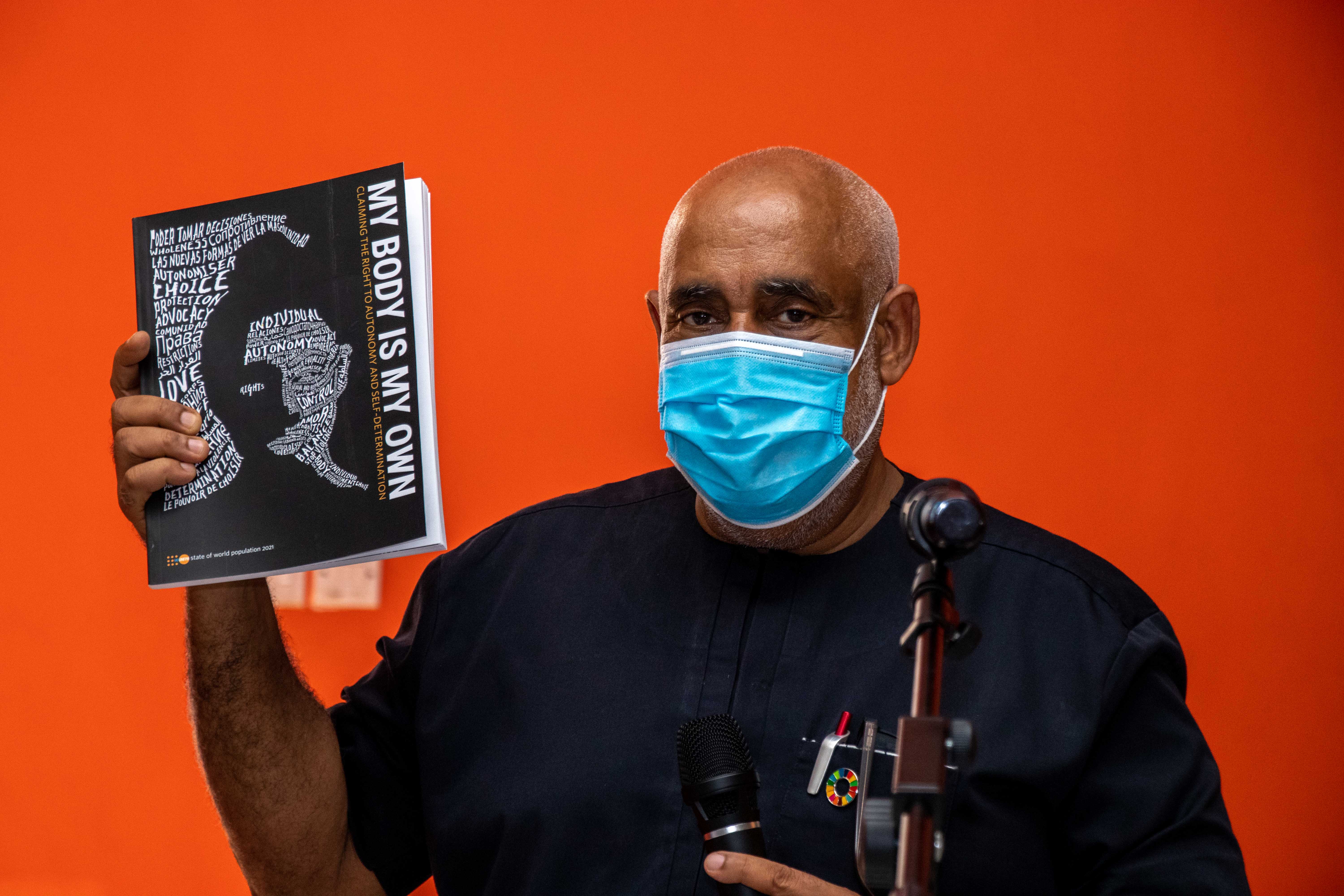 This year’s State of the World Population (SWOP) report has charged societies to support women and girls to make their own choices about their bodies.

The report highlights the fact that half of women in developing countries are denied the right to decide whether to have sex with their partners, use contraception or seek health care.

The SWOP is the United Nations Population Fund’s (UNFPA) flagship report, that is released every year, since 1999, that guides policy making, advocacy, programming, research, monitoring and evaluation of the Fund’s development agenda.

The 2021 report, which was launched on April 14, 2021 globally, is entitled “My Body is My Own: Claiming the rights to autonomy and self- determination.”

Launching the report in Accra on Tuesday, April 27, 2021, the United Nations (UN) Resident Coordinator, Mr. Charles Abani indicated that all around the world, women and girls are not in control over their bodies and their lives although women have a right to make their own decisions about their bodies.

The report, he said, shows that in countries where data are available, only 55 per cent of women are fully empowered to make choices over health care, contraception and the ability to say yes or no to sex.

The new SWOP report, Mr Abani stated, had come at an appropriated time when the UN was having consultations to develop the next agenda, adding, “we will go through the report and use culturally sensitive approach in identifying what is good for Ghana.”

Presenting the highlights of the report, the UNFPA Country Representative, Mr Niyi Ojuolape reiterated   that women around the world are denied the fundamental right to make decisions over their bodies and futures and stressed that “they are controlled by men. This must change.”

He said while education was key in upholding the right to bodily autonomy, social norms must also become more gender equitable.

Mr Ojuolape further said health providers have a critical role to play in upholding and affirming the bodily autonomy of those seeking information and care.

Key messages from the report, he said, include the need to guarantee unbiased access to sexual and reproductive health care for all with zero tolerance for discrimination and violence.

Girls and boys must also be empowered to claim their rights to make healthy decisions and engage in healthy and safe behaviors, while laws and policies must be enforced to protect women from violations of their rights including ending child marriage and stopping gender-based violence, Mr Ojuolape added.

Furthermore, he said, women must be empowered to govern their own bodies by providing a full range of reproductive health services, and by supporting education about their bodies and their rights

In addition, men must be helped to become champions of gender equality, take equal responsibility for parenting, and learn to communicate about sexual and reproductive health. 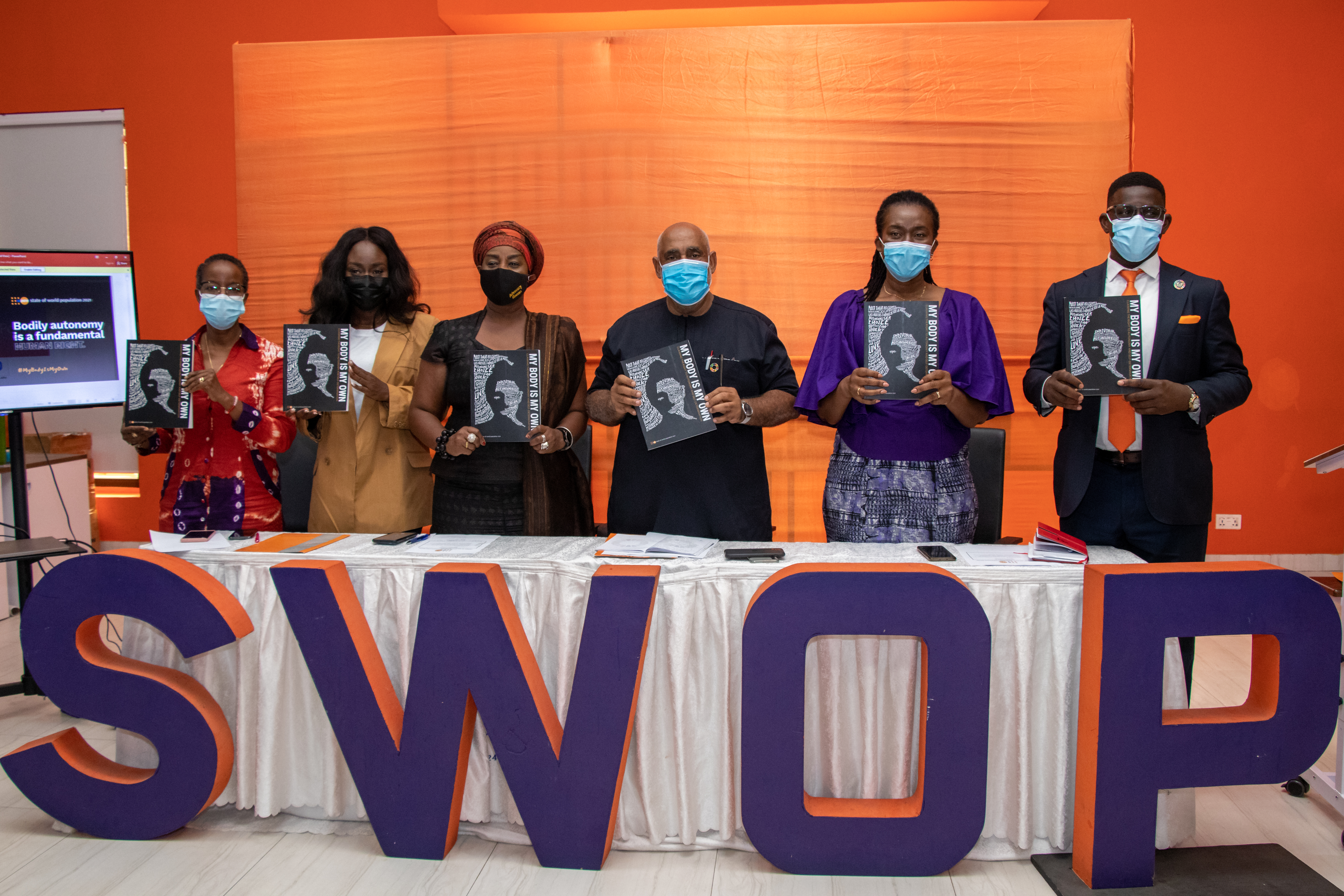 In her remarks, the Executive Director, National Population Council, Dr. Leticia Adelaide Appiah indicated that bodily autonomy for girls and women simply means they can exercise their choices about what happens to their bodies.

She observed that the right to decide freely and responsibly on the number, spacing and timing of children is guaranteed in the Convention on the Elimination of All Forms of Discrimination against Women.

“Child marriage, female genital mutilation and gender-based violence are practices that strip women and girls of their autonomy and violate their human rights, including those related to bodily integrity, Dr. Appiah stated.

She underscored the important role of governments in addressing and transforming social norms, including gender norms and gender stereotypes, noting States have human rights obligations to ensure that individuals have access to medically accurate, comprehensive reproductive and sexual health information, and to education.

Quoting from the SWOP report, she said “The goal of the empowerment and autonomy of women is a highly important end in itself and is essential for the achievement of sustainable development.”  The Sustainable Development Goals (SDGs) take into account the ability of women and girl to make their own decisions, and access health care, information and education in reproductive and sexual matters as elemental to achieving SDG 5 on gender equality. By equipping girls and women with education, information, support and services to determine the direction of their reproductive and sexual lives, gender inequality is reduced, public health improves and national economies benefit.”

In the foreword to the 160-page report, the United Nations Under-Secretary-General and Executive Director of UNFPA, Dr. Natalia Kanem said the agency stands with women and girls in claiming their rights and choices throughout their lives.

“Since 1994, our programmes have been guided by the International Conference on Population and Development Programme of Action, which made the empowerment and autonomy of women a basis for global action for sustainable economic and social progress.

She said the Nairobi Summit on ICPD25, the international community called for the protection of the right of bodily autonomy and integrity, building on international commitments in the 2030 Agenda for Sustainable Development.