Women asked to speak up against workplace violence 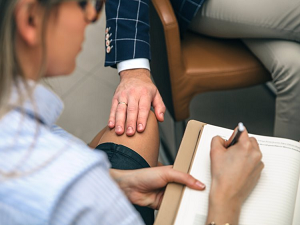 The Coordinator of a Gender and Youth Project of the Women's Wing of the Industrial and Commercial Workers Union (ICU), Mrs. Christine Asante, has urged female workers to speak out on all forms of violence against women at workplaces.

She said that would expose men who exploited females, especially sexually, to help safeguard the safety and wellbeing of women at workplaces.

Speaking at a three-day female capacity building workshop in Koforidua, she stressed that the increase in abuse of women in workplaces was the reason why building the capacity of females was necessary to ensure that they were able to stand up against such challenges.

She said the capacity building was also to strengthen them to stand up against any form of exploitation by their male bosses and colleagues.

The seminar also took the participants through pension regulations to enable them to plan well for life after retirement.

Mrs. Asante said often women were shy to expose men who subjected them to all forms of harassment, particularly sex for favour.

She said if such men were exposed by their female victims at the workplaces such bad practices which often humiliated women would stopped.

"Speak out any time you are harassed by your male bosses or colleagues at workplaces. Do not be afraid or shy. Be bold and such shameful behaviour or acts of male at workplaces will come to an end", she said.

The Education Officer of the ICU Ghana, Mr. Fred Atobrah, took the participants through pension regulations and life after pension to enable retired staff to plan well to face the reality of old age.

Mr. Atobrah said because workers normally did not plan well for life after pension they faced a number of challenges after retirement while many more became destitute.

On voluntary retirement, Mr. Atobrah said he was of the view that it was not in the interest of any worker to retire at age 55 because a pensioner would only qualify for reduced pension while those at age 60 would be on full pension.

"Why will you not wait for five years to enjoy the full benefits of your labour?” he asked.

He also advised workers in general not to go for voluntary retirement.

With regard to workers who reduced their ages to enable them to work beyond the compulsory retirement age of 60, he said it was a bad practice because such workers would not have the strength to be on the job after age 60, adding that most of such workers died on the job without enjoying their lump sum payment.

The Eastern Regional Officer of the ICU, Mr. Richard Kumi, who spoke during the closing ceremony appealed to the participants to make good use of the knowledge gained at the seminar and share it with others who were not at the event.