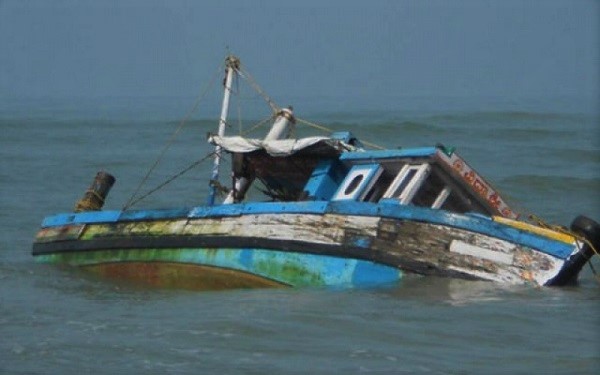 As of 7.57p.m. last Saturday, six more bodies had been retrieved from the Volta Lake in the Afram Plains in the Eastern Region as a result of the boat accident that occurred last Thursday.

That brings to seven, bodies so far retrieved, made up of the boat operator and other females, including one pregnant woman (the wife of the operator) and a little girl.

Apart from the female body that was retrieved last Friday and deposited at the Donkorkrom Presbyterian Church Hospital, all the other six bodies were identified and had been buried by their families because the bodies had started decomposing.

It took a combined effort of local fishermen, divers, the National Disaster Management Organisation (NADMO) officials in the company of the District Chief Executive (DCE) of the Kwahu Afram Plains North, Mr Samuel Kena, and the Hospital Manager of the Donkorkrom Presbyterian Church Hospital, Rev. Ezekiel Amadu Daribi, to retrieve the bodies.

Briefing the Daily Graphic after the rescue mission, Rev. Daribi said three of the victims were currently at the Donkorkrom Presbyterian Church Hospital receiving treatment with some degree of burns.

He told the Daily Graphic that the three women on admission claimed that the disaster occurred because of a strong wind which caused the boat to hit a stump and subsequently split.

Rev. Daribi said the boat operator, believed to be aged between 20 and 25, and the girl were both buried at Agalakope, a nearby community where the bodies were found in a bad state.

He further explained that the incident occurred close to a number of communities including Agalakope and Camaloen, where those bodies were recovered.

While praying for the souls of the deceased, Rev. Daribi was convinced that in the coming days, the rest of the bodies would be retrieved.
He commended the fisherfolk for their role in helping the search team to recover the bodies.

Meanwhile, George Folley reports from Koforidua that the Afram Plains North District Coordinator of NADMO, Mr David Akoto, in a telephone interview, expressed regret that the exact number of people aboard the boat was not known. He said the operators should have recorded the number before setting off.

He said so far, the number had been speculative and it was obvious that only the three persons on admission might have survived the accident.

He also indicated that the boat had been destroyed beyond repairs and initial investigations had shown that non of the passengers were in life jackets.

While urging boat owners/operators to avoid overloading, Mr Akoto stressed the need for them to also make the effort to study the weather, especially the direction of the wind and storms before embarking on the journey.

“It has been recommended time and again for boat operators to have life jackets on their boats and insist that their passengers wear them to ensure their safety in an event of an accident.”

The NADMO director called for stringent measures to ensure the adherence to these safety measures to prevent future occurrences of such tragedies.

Disaster struck on the Volta Lake last Thursday when a boat carrying an unspecified number of persons capsized.

As of last Friday, one body had been recovered while emergency teams, including local divers, were continuing the search for the remaining passengers.

The boat, which was carrying mostly traders from Dzemeni in the Volta Region, was heading to Donkorkrom in the Afram Plains in the Eastern Region when it capsized midway through the journey near Anivizi, a village along the Volta Lake.

The Volta Lake is noted for boat accidents which have resulted in the loss of lives over the years.

In May 2016, 16 persons drowned when a boat carrying about 60 people from Nantwekope to Yeji capsized.

The last accident before the current one occurred on August 3, 2019, when a canoe carrying 10 members of the Assemblies of God Church from Senchi to Old Akrade in the Asuogyaman District in the Eastern Region capsized, leaving four dead.