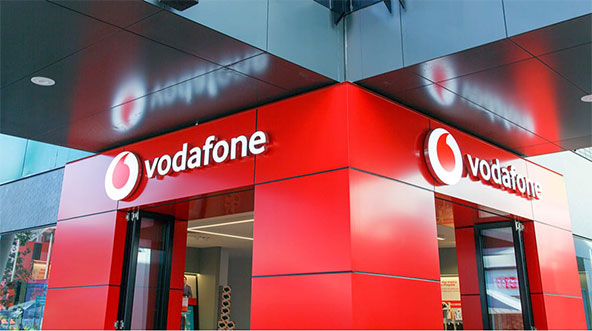 Vodafone Ghana Limited, through its flagship social intervention healthcare programme, Vodafone Healthline, has saved the life of a 19-month old boy with a kidney problem.

Six months after baby Jeffery’s conception, he was diagnosed with a kidney condition where the ureter, which connects to one of his kidneys was blocked.

Due to that, urine produced from that kidney could not drain into the bladder.

Narrating her story, the mother of Jeffery, Kate Addei, said doctors suggested baby Jeffery be operated upon after birth, adding that soon after birth, the condition worsened.

She said doctors suggested that the damaged kidney be expunged to prevent the illness from spreading to the healthy one.

The Head of the Paediatrics Surgery Unit at the Komfo Anokye Teaching Hospital, Dr Michael Amoah, explained that due to the affected ureter, urine produced by the kidney in question since he was born had been stagnated causing it to enlarge and become damaged.

According to him, the surgery should have been conducted a short time after Jeffery’s birth but after assessment, there was the need for further investigations some of which were quite costly.

Mrs Addei indicated that due to financial difficulties, she was surprised by the doctor’s suggestions because that required a hefty fee.
She explained that she brought Jeffery to the hospital one morning after he had developed a cough the night before and that was when he was admitted to be operated on.

Luckily Jeffery’s mother learnt of Vodafone Healthline looking to sponsor patients; "and so, someone linked me to one of the coordinators, I put in a request, he was considered and taken on board,” she said.

She expressed heartfelt gratitude to Vodafone Ghana Limited for the kind gesture in supporting to save her son.

In the second episode of the 10th season, a Pediatrician, Dr Beatrice Nyann, educated viewers on Preterm babies and how to care for them using a method known as the Kangaroo mothercare.

According to her, it was typically meant for babies who did not reach full-term maturity (37 completed weeks or nine months) before being given birth.

Dr Nyann indicated that in such a case, the babies were usually smaller and more often than not, some of their organs were not fully formed and so, they were kept in incubators to keep them warm at the right temperature.

Dr Nyann, however, stated that incubators were expensive which necessitated the natural method.

“In our low resource-setting, the Kangaroo mothercare has really helped because there are lots of places where such preterm babies are taken care of without incubators because they are very expensive,” she explained.

The host and her panellists used the episode to debunk the popular notion that “Every woman bleeds on her first sexual encounter”.

According to them, a female did not necessarily have to bleed after first sex as evidence to determine if she was a virgin or not, explaining that the vagina was structured with a thin membrane with a small hole within it if the female was a virgin.

“Usually during the first sexual encounter, this membrane is torn and opened up and that might cause a little bit of blood to show”, she explained, but added that energetic movements like athletics and sports, dancing and splitting could also cause the membrane to break in young girls.