Prepare for fallout of AfCFTA — IMF 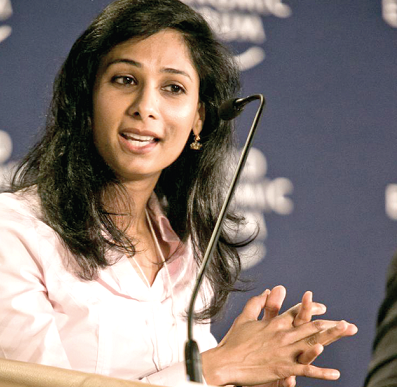 The International Monetary Fund (IMF) has called for country-specific policies to limit the disruptions that free trade under the Africa Continental Free Trade Area (AfCFTA) could pose to businesses and lives in Ghana and the rest of the continent.

It said although the agreement that liberalised trade in the continent was “a game-changer” for intra-regional trade and productivity, it had the tendency to create job losses and destabilise some businesses, hence the need for fall back measures.

The Chief Economist of the fund, Dr Gita Gopinath, raised the concern during a virtual discussion with students from the University of Ghana, Legon and across the continent on the latest edition of the IMF World Economy (WEO), released last month.

The event afforded Dr Gopinath, who is the first female to head that position, and the IMF the opportunity to answer questions from the virtual audience on the key findings of the report, which contains the fund’s latest predictions on the global economy.

While praising the AfCFTA, the fund’s chief economist said trade deals over the years have been known to contain consequences that countries under the current must anticipate.

“What we have known from trade deals in the past is that you certainly have benefits to lots of people; it raises productivity and lowers the prices that consumers buy products at.”

“But, of course, we also know that it can create some disruptions in terms of some people losing their jobs,” she said.

“So, it is very important to combine this policy with domestic policies to make sure that you are protecting the most vulnerable when policies like these are put in place,” she added.

Beyond the need to prepare for the consequences, Dr Gopinath said the agreement that created a common market for Africa was “an impressive accomplishment” that promised enormous benefits for the people and the economies.

She said while intra trade in other regions were around 25 per cent, trade among African countries lagged behind around 12 per cent to 15 per cent of their imports.

This, she said, could be deepened when the AfCFTA was fully implemented.

The IMF chief economist added that the scope of goods covered by the deal meant that African companies could benefit from expertise in manufacturing and value addition to help increase their capacities and expand their reach.

Responding to a question on how the world could help Africa to contain the impact of climate change on its economies and people, Dr Gopinath said increased investment in green finance was critical.

She said the public sector needed to create the enabling environment to attract investment in renewals and energy efficiency mechanisms.

She said social safety nets also needed to be instituted to enable the vulnerable in society to consume environmentally friendly energy sources that could be found to be expensive in the interim.

Meanwhile, the fund is predicting that growth in sub-Sahara Africa (SSA) would rebound from a 2.6 per cent contraction in 2020 to 3.2 per cent this year before rising further to 3.9 per cent.

It reiterated its earlier warning that the pandemic was expected to reverse the progress made in poverty reduction across the past two decades.

“Close to 90 million people are likely to fall below the extreme poverty threshold during 2020 and 2021.”

“Across regions, vulnerabilities, economic structure and pre-crisis growth trends, together with the severity of the pandemic and the size of the policy response to combat the fallout, shape recovery profiles,” the January edition of the WEO said.