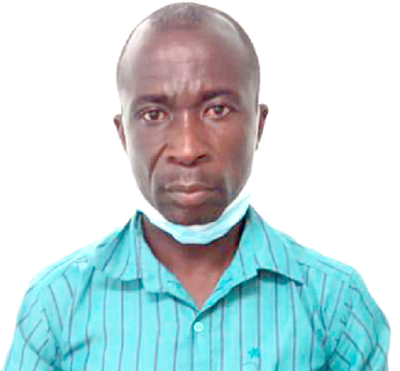 A 51-year-old self -acclaimed contractor is in the grips of the police for allegedly defrauding two people of large sums of money with the promise of getting them recruited into the Customs Division of the Ghana Revenue Authority (GRA).

The culprit, George Ofori Attah, is alleged to be part of a group that duped two graduates of GH¢ 6,000 each.

His alleged accomplice, Andy Kuffour, is currently at large.

He is expected to be arraigned before the Adentan Circuit Court today.

Per the facts of the case, police intelligence revealed that someone at Ashaley Botwe was collecting money from graduates under the guise of facilitating their recruitment into the Customs Division of the GRA.

Atta was arrested and investigations showed that the victims were at times conveyed to health institutions for medical examination prior to their supposed training for entry into the GRA.

“The victims indicated that the accused person collected GH¢ 6,000 from  each of them to enable their recruitment into Customs,” the facts added.

Owing to the high unemployment rate in the country, especially among graduates, recruitment scams have become commonplace and was creating fertile grounds for scammers to thrive.

In their desperation to get jobs, many graduates fall victim to scammers who charge them exorbitant fees with promises to help them get recruited mostly into government offices.

A Deputy Commissioner with the Customs Division of the GRA in charge of Ethics and Good Governance, Alhaji Seidu Iddrisu Iddisah, said the recruitment scam had become a pervasive phenomenon.

He said there were unscrupulous people who were impersonating the top hierarchy of Customs to dupe people.

“People are using the names of the Commissioner General and other top officials of Customs on social media accounts, promising people slots in fake recruitment processes, with some even having the clout to admit people into Customs,” he said.

According to him, the police in collaboration with the GRA had closed down many of such fraudulent accounts but he added that they kept springing up on a daily basis unfortunately.

He said there were times people showed up at the Customs headquarters and training school with fake letters indicating that they had been recruited into the GRA.

“They come here and we tell them that there is no recruitment process going on. At this time, they had already paid huge sums of money to the fraudster or fraudsters,” he said.

Alhaji Iddisah advised people to be careful in order not to fall victim to recruitment fraudsters.

He said the GRA did not charge any money at any stage of its recruitment exercise and neither had it authorised anyone to collect money on its behalf as a requirement for recruitment.

In addition, he said, the GRA would never initiate a recruitment exercise without getting it advertised in the newspapers.

“GRA never recruits without advertising. We do not recruit through social media and we do not charge any fee. In fact, GRA does not sell forms and never charges a fee for recruitment,” he stressed.