Owners of unlicensed guns to be granted amnesty 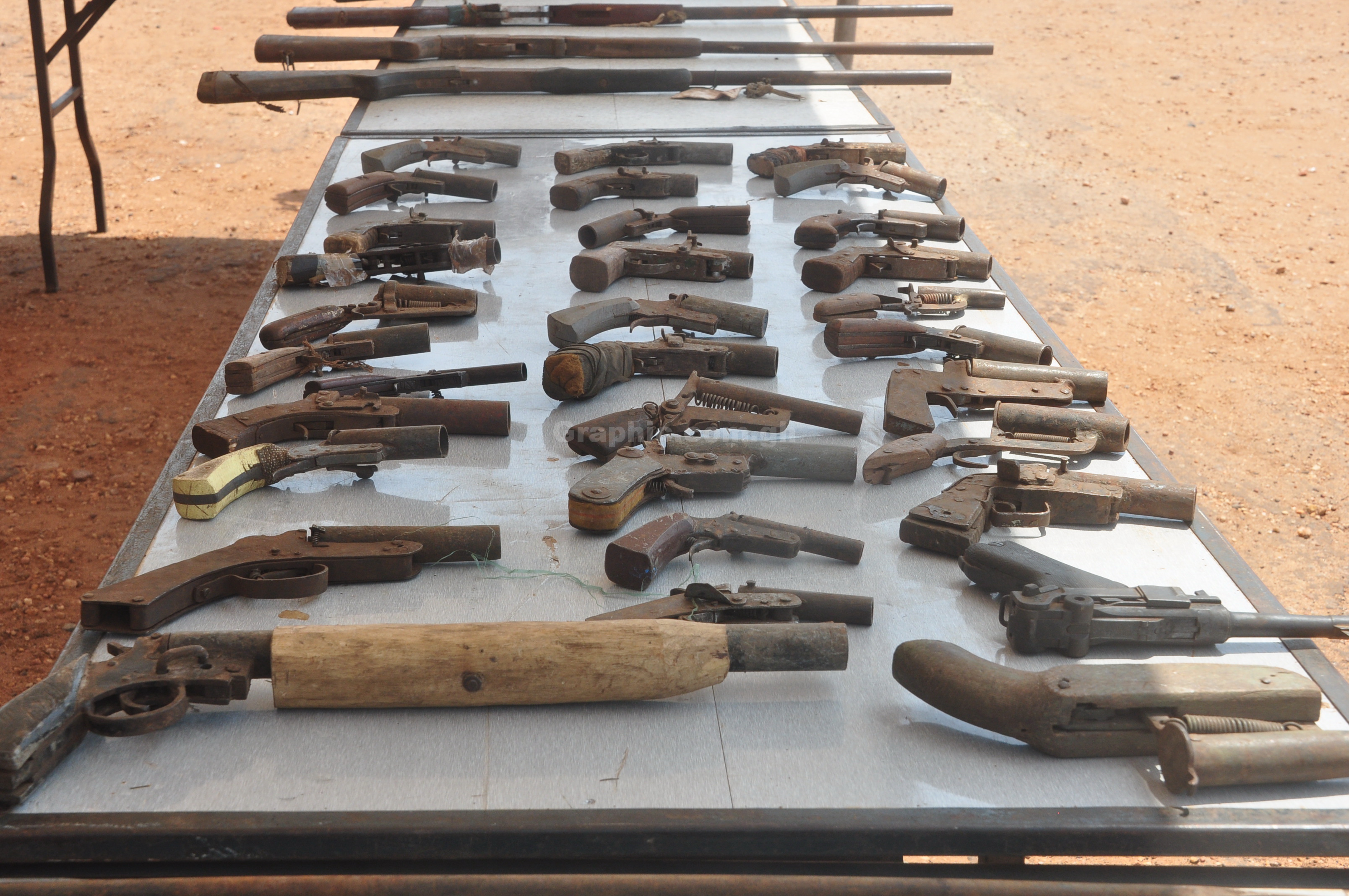 The National Small Arms Commission (NSAC) says it is working with the security agencies to consider offering amnesty to people who possess unlicensed guns as part of a strategy to mop up the 1.1 million illicit arms in the country.

“The records suggest that when people have their weapons legally registered, they normally don’t use them in committing crime and always keep an eye on them,” the Executive Director of the commission, Mr Jones Applerh, told the Daily Graphic during of a workshop in Accra on enhancing the implementation of the Arms Trade Treaty (ATT).

“They (weapon owners) know that if their weapons are involved in crime or get leaked to someone and they are caught, they could face the full rigour of the law,” he observed.

The Criminal Code makes the possession of arms without authorisation a crime punishable by at least 10 years in jail.

According to NSAC statistics, an estimated 2.3 million arms are in civilian hands in the country, but only 1.2 million of that number are registered. That leaves 1.1 million illicit arms in wrong hands.

Ghana’s illicit arms-to-population ratio stands at an estimated 1:25. That is, for every 25 people in the country, there is an illicit weapon.

The figure, experts say, may be worse in conflict zones.

The country’s current  population is estimated to be 27 million.

But Mr Applerh observed that attempts to use the ‘weapons for cash’ strategy had not been successful because “people still hold the view that the causes of their insecurity still persist. If someone thinks his security is threatened, you can give the person $1 million for a gun but he won’t bring it because he doesn’t want to lose his life”.

He was optimistic that the amnesty programme would ensure that people would let the security forces be aware that they had weapons and ultimately reduce illicit arms in the country.

The ATT workshop, organised by the West Africa Action Network on Small Arms-Ghana (WAANSA-Ghana), is a series of workshops to engage stakeholders to enhance the implementation of the treaty in Ghana.

Held on the theme: “Enhancing the implementation of the Arms Trade Treaty: Roles, obligation of stakeholders”, the workshop is to help the  government and stakeholders to assess what Ghana needs to set up the institutions and also encourage the country’s development partners to support the process fully.

The ATT is a multilateral treaty that regulates the international trade in conventional weapons which was facilitated by the United Nations (UN). It came into force on December 24, 2014.

It is a legally binding agreement which is expected to create common standards for exports, imports, transit, trans-shipment  and brokering of arms.

The treaty is an attempt to regulate the international trade in conventional weapons for the purpose of contributing to international and regional peace, reducing human suffering and promoting co-operation, transparency and responsible action by and among states.

It imposes a responsibility on arms exporting states to ensure that their considerations go beyond financial interest to include the human rights record of the recipient country, its humanitarian law and whether the weapons received could affect regional and sub-regional peace, the suppression of minority rights and human rights in other countries.

It also requires that exporting countries should not ship weapons to countries under United Nations embargo.

One of the main pillars of the treaty is the imposition of global standards on the trade in conventional arms and ammunition.

Funded by Control Arms, United States of America, the workshop is meant to engage the various stakeholders, including the state, civil society organisations and the country’s partners, to actively work towards the implementation of the ATT in Ghana.

Mr Applerh urged stakeholders, especially the CSOs, to regularly ask for updates on the implementation of the treaty.

Ghana was among the first countries to sign and ratify the treaty in December 2014.

But the President of WAANSA-Ghana, Mr Ken Kinney, observed that it was important that the country went beyond that act and took steps that domesticated the treaty.

“In Ghana, we of civil society hope that with the huge responsibility that comes along with ATT for Ghana as a State Partner, it will not suffer the same fate as some other international protocols and conventions which could not receive the needed attention and support they had during signing and ratification to domestication,” he said.

“Domestication is, in fact, critical as demanded by our laws to make international laws locally effective,” he said.