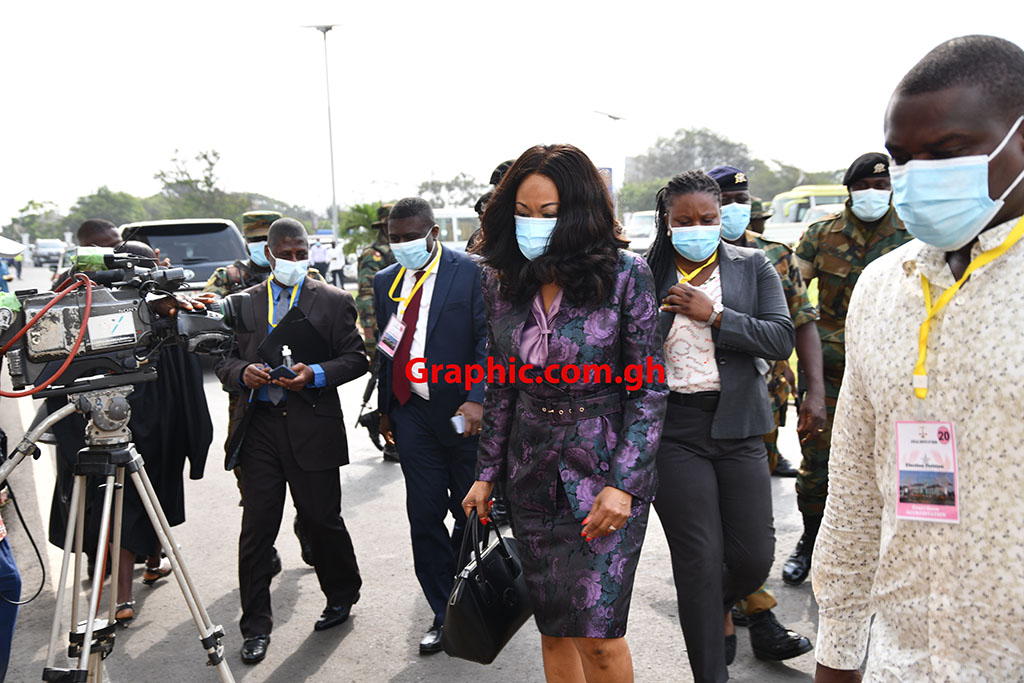 The witness for the Electoral Commission (EC) in the 2020 election petition (EC), Mrs Jean Mensa, who is also the Chairperson of the EC, will not give any evidence, lawyers for the EC have indicated to the Supreme Court.

Lead counsel for the EC, Mr Justin Amenuvor, told the apex court that his client, (EC), which is the first respondent has decided not to adduce any evidence and therefore the court should decide the petition filed by former President John Dramani Mahama on its merit.

He premised his argument on Order 36 (4) sub rule 3 of the High Court (Civil Procedure Rule ), C.I 47, which he argued allowed the respondent to decide not to adduce any evidence.

“The case of the first respondent is that we do not wish to adduce any evidence. Our case is closed”, he argued.

Counsel made the submission after the petitioner brought his case to a close following the cross-examination of the third witness for the petitioner, Mr Robert Joseph Mettle-Nunoo on Monday afternoon [February 8, 2021].

Lawyers for President Nana Addo Dankwa Akufo-Addo, the second respondent also took the same position and submitted that their witness, Mr Peter Mac Manu will also not give any evidence.

In response, lead counsel for the petitioner, Mr Tsatsu Tsikata, opposed the stance taken by the EC’s lawyer.

He argued that so far as Mrs Jean Mensa, the Chairperson of the EC had put in a witness statement, and had indicated that she will testify, she had “elected” to give evidence and by the rules of court, she must give the evidence.

It was also the submission of counsel that it was based on the indication by Mrs Mensa to give evidence that led the court to order the parties to file their witness statements.

He argued that, that order by the court still stood.

Justices on the bench such as Justices Gertrude Torkornoo, Nii Ashie Kotey and Samuel Marful-Sau asked Mr Tsikata whether a witness can be forced to give evidence.

The Supreme Court has adjourned the case to Tuesday for the lawyers to address the case on the issue and for the court to make a determination.