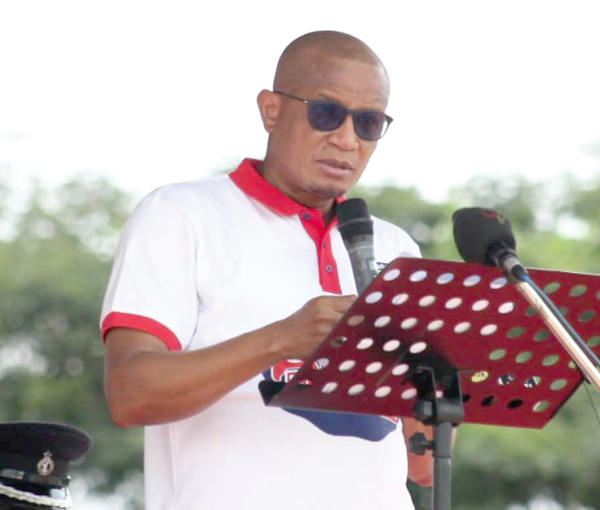 The 2021 National Petroleum Authority (NPA) Consumer Week celebration has been climaxed in Ho with a call on consumers to be vigilant and report any adulterated fuel to the appropriate authorities.

Addressing a durbar at the Jubilee Park in Ho, last Friday, as part of the commemoration, the Chief Executive Officer (CEO) of the NPA, Dr Mustapha Hamid, said fuel adulteration was a global phenomenon which needed an all-hands-on-deck approach.

He said petroleum service providers who indulged in fuel adulteration did not only deprive consumers of value for money for the products at the retail outlets but also caused damage to vehicle and machinery engines.

"Fuel adulteration increases emission of harmful compounds such as carbon dioxide, volatile organic compounds and affects air quality and the environment, and the effects go a long way to affect the health of the workforce, harms the reputation of a fuel retailer’s brand and cost government millions of Ghana cedis in revenue each year."

The week-long event, which commenced last Monday, on the theme, “Adulterated fuels, a menace to the consumer and the economy,” is marked annually, to educate the public on petroleum products usage as well as increase the knowledge of the consuming public on their rights and responsibilities.

The choice of Ho in the Volta Region for the celebration, according to Dr Hamid, was to educate consumers in the region on what to do when they suspect fuel bought at the filling station was adulterated or contaminated.

He said the petroleum downstream industry had always been about striking the right balance between the industry players and consumers, and between profitability and value for money.

However, he noted that none of these must occur at the expense of the other, the reason the NPA was established to innovate and adopt strategies to ensure that the industry remained efficient and profitable while ensuring value for money for consumers.

He said innovative strategies had been instituted by the NPA in its bid to tackle the adulteration of petroleum products, which included the revision of operating procedures in the importation, exportation, production of fuel by petroleum service providers (PSPs), the introduction of Petroleum Product Marking Scheme (PPMS) and Bulk Road Vehicle (BRV) tracking system.

He said as a result of those stringent measures, the retail outlets’ failure rate had reduced drastically from 32 per cent as of 2013 to 2.51 per cent as of August, 2021 and urged consumers to report any suspicion of fuel adulteration to the NPA for action to be taken.

Dr Hamid said that in addition to the strategies improved consumer complaint and resolution procedures had been put in place, and therefore, encouraged customers to report within 48 hours.

He cautioned that there was the risk of the loss of evidence if there was any delay of over 48 hours because the petroleum product might by then have been sold out or mixed with a fresh product.

"This is why we are here today, to tell consumers to report to the NPA anytime there is suspicion of the purchase of contaminated fuel.

There are laws that provide punitive sanctions such as fines, imprisonment, or both for the perpetrators of these fuel quality crimes," he said.

In a speech read on his behalf, the Minister of Energy, Dr Matthew Opoku Prempeh, said the Ministry of Energy would continue to propagate policies that ensured that only quality fuel was sold to the consumer at the pumps.

"Consequently, we are in the process of finalising a national fuel policy, that will serve as a framework for the provision of quality fuels," he stated.

The Volta Regional Minister, Dr Archibald Yao Letsa, commended the NPA for its efforts to curb the menace of fuel adulteration.

He said that fuel adulteration robbed consumers, generated toxic fumes that polluted the air and was harmful to the health of the people and ultimately cost the government several millions of Ghana cedis each year.

The Chief Executive Officer of the Association of Oil Marketing Companies (AOMC), Mr Kwaku Agyeman-Duah, said there were over 4,000 fuel stations which were being regulated by the NPA.

There was a thrilling performance by Ghanaian Afropop and Afrobeats singer, Wendy Asiamah Addo, popularly known as Wendy Shay, who entertained the audience with hit songs.