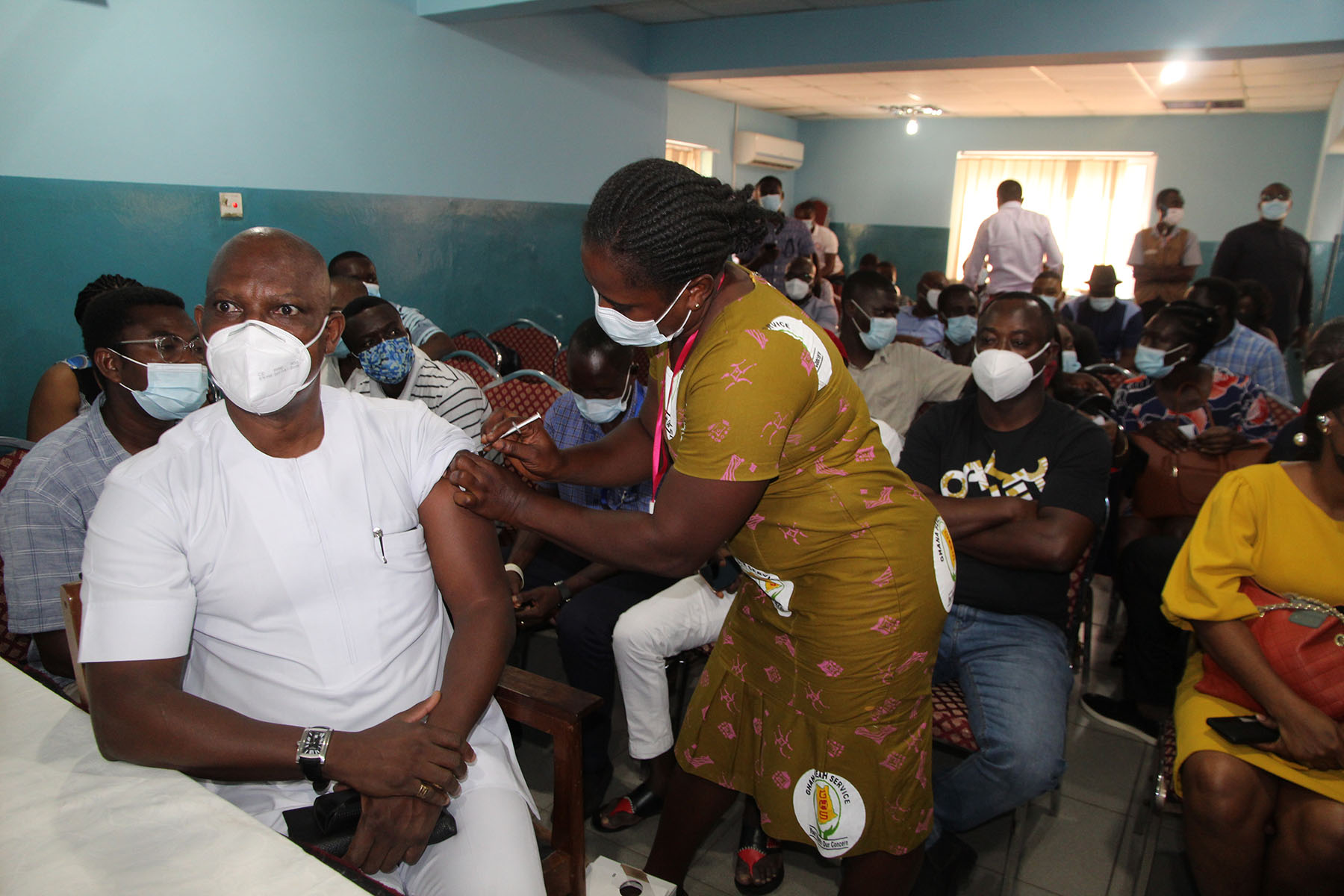 Media practitioners, regulators and stakeholders thronged the precincts of the Ghana International Conference Centre in Accra to receive their first jab of the AstraZeneca vaccine at the beginning of the mass vaccination programme.

There were also some current and past editors, presenters, producers and photojournalists, among other members of the inky fraternity.

As of 7 a.m, many of them were already seated. Although the process was slow, majority of the media practitioners were excited about the exercise.

Mr Kobby Asmah, Editor of the Daily Graphic, being vaccinated.

Mr Boadu-Ayeboafoh, who was the first to take the jab, said the vaccine was scientifically proven to be efficacious, adding that “whatever the level of efficacy, it is better than nothing”.

“I also appreciate that if I follow all the COVID-19 protocols, it is an added boost to me. I, therefore, will like to persuade people to take the jab because it is in our interest that we take it,” he added.

He urged the media to make the vaccination part of their priorities by not only taking shots of the vaccines symbolically, but also sending the right signals that the vaccine was safe.

A former NMC Chairman, Nana Kwasi Gyan-Apenteng, was convinced that the vaccination was a “splendid opportunity” to get rid of the virus.

Mr Blay-Amihere also called on the Ghana Health Service to be more proactive by giving out information to the public.

Doreen Andoh also reports that the Editor of the Daily Graphic, Mr Kobby Asmah after taking his jab, advised the public to disregard speculations and conjectures about the vaccine and avail themselves of the exercise in the collective interest of the nation.

He described the vaccination exercise as an important national exercise that was critical to breaking the circle of transmission of the virus.

“We must all fully participate. If some people inoculate and others do not, the purpose of the national exercise will be defeated, Mr Asmah said.

A former Rector of the Ghana Institute of Journalism, Mr Kweku Rockson, said as a social scientist and a communicator, he had weighed all the information on the vaccines and concluded that they were safe.