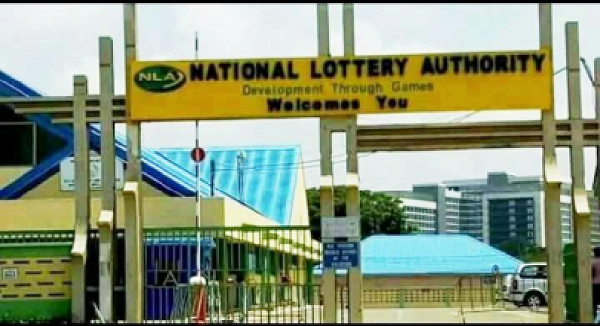 Nine persons have been put before an Accra Circuit for allegedly advertising “winning” lottery numbers on social media to deceive the public.

The nine accused persons have been charged with one count of displaying charlatanic materials, while Selorm has been additionally slapped with the charge of defrauding by false pretense for allegedly defrauding one Comfort to the tune of GH¢300,000.

The nine accused persons have pleaded not guilty to the charges and have been admitted to bail in the sum of GH¢ 2,700,000 with two sureties each.

Meanwhile, the prosecutors have asked for more time for further investigations into the case.

The case has been adjourned to April 4, 2022, by the court, presided over by Mr Emmanuel Essandoh.

The facts before the court are that the management of the National Lottery Authority (NLA) in January 2022 received several complaints to the effect that some individuals had used the NLA symbols, photographs and names of NLA staff to create various social media accounts, advertised to give out winning NLA lotto numbers at a fee.

According to the prosecutor, Inspector Frederick Sarpong, the individuals also used the same strategy to defraud some members of the public.

Insp. Sarpong said the NLA management further lodged a complaint to the police and the victims were invited.

During the investigation, the prosecutor said the police traced and arrested the accused through the phone numbers they used to perpetrate the crime.

He added that a victim, Comfort Yankey mentioned Selorm’s phone number and stated having being defrauded by Selorm to the tune of GH¢ 300,000 under the pretences of giving her NLA winning lottery numbers which will make her win an amount of GH¢ 2,860,000 and to also facilitate the collection of the monies won.