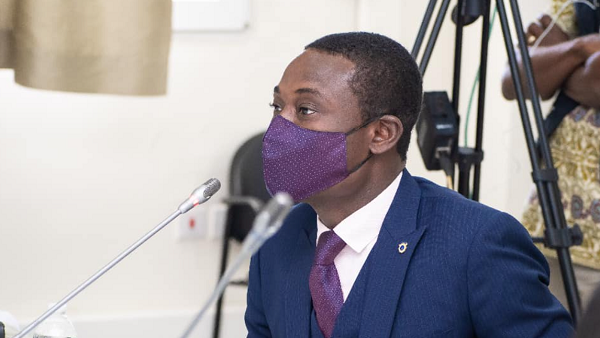 The Office of the Special Prosecutor (OSP) has launched a corruption league table to compile a list of the most-to-least corrupt institutions and organisations in the public sector.

The corruption league table, according to the Special Prosecutor, Kissi Agyebeng, was an important intervention to drive down corruption in the public sector.

The project, christened, the Ghana Corruption League Table (GCLT), will be akin to a fusion of the Corruption Perception Index programmes of Transparency International and Afrobarometer.

The table will be a research-based model designed to assess real and perceived levels of public sector corruption.

It will use specially designed instruments to collect data on the perception and actual experiences of corruption, after which it will undertake a gap analysis of institutional frameworks, based on which recommendations on how to deal with vulnerabilities and exposure to corruption at the institutions covered will be made.

The list of ranked public sector agencies on corruption will be published annually on the International Anti-corruption Day, which falls on December 9.

The Ghana Integrity Initiative (GII) and the Ghana Centre for Democratic Development (CDD-Ghana) are providing technical support for the OSP on the GCLT.

A Deputy Attorney-General and Minister of Justice, Alfred Tuah-Yeboah, who launched the GCLT on behalf of the Minister, Godfred Yeboah Dame, yesterday, expressed the belief that the league table would be used as an important gauge by public sector agencies in managing corruption risks when conducting businesses.

“It will prompt the agencies to review their compliance programmes, identify any compliance risks that might have previously been undetected and make adjustments accordingly,” Mr Tuah-Yeboah said.

He cited the United Nations Convention on Corruption (UNCAC), which describes corruption as an insidious plague that has a wide range of corrosive effects on societies, and added that the canker also retarded growth of the economy and robbed the people of their resources.

The deputy A-G said lessons from around the world indicated that no government could fight corruption without the involvement of the citizenry and, therefore, called on all citizens to be on board to fight corruption vigorously.

“The fight against corruption should not be left in the hands of the government alone,” Mr Tuah-Yeboah stressed.
He commended the Special Prosecutor for the flagship programme to help fight corruption.

For his part, Mr Agyebeng explained that the results of the study would form the basis for enhanced pragmatic suppression and repression of corruption in the public sector.

He added that the project would identify the factors that advanced corruption in the public sector, including deficiencies in regulations and procedures, deficiencies in the administration of instructions (including lack of internal control mechanisms), individual interest (including greed, lack of ethicalness and legal

awareness) and external influences (such as public attitude, culture and traditions), to facilitate corruption prevention.

Furthermore, Mr Agyebeng said, all public institutions, departments, agencies and companies would be required to prepare and submit Integrity Plans intended at assessing deficiencies in their regulations, procedures, policies, guidelines, administration instructions and internal control mechanisms to determine their vulnerability and exposure to corrupt practices.

The plans were also to prescribe curative measures to manage such susceptibility to corruption and corruption-related offences, the SP added.

He said the OSP would document, measure and ascertain the breeding of corruption, name and shame peddlers of corruption, assess the impact of anti-corruption initiatives and take curative and remedial measures to crack down on corruption.

"It is time to move beyond the composite annual ranking of countries on a corruption drop list to own our local narrative and fashion and retool our reformation by prodding our public sector into real and concrete action against corruption and corrupt practices," Mr Agyebeng stated.

The launch was attended by representatives from sister anti-corruption institutions, anti-graft civil society organisations, academia and members of the Diplomatic Corps.

Some of the dignitaries at the event were the Executive Secretary of EOCO, COP Maame Tiwaa Addo-Danquah, members of the African Parliamentarians Network Against Corruption (APNAC), led by their Vice-Chairman, Kofi Okyere Agyekum; Alhassan Sayibu Suhiyini, the Member of Parliament (MP) for Tamale North; the Canadian High Commissioner to Ghana, Kati Csaba; representatives of the US Ambassador to Ghana, the Swiss Ambassador to Ghana and the EU Mission in Accra.

In a presentation on behalf of the Technical Committee of the GCLT, a member of that committee, Dr Edem Selormey, said the partnership was to build a resilient country with robust integrity systems, and that CDD-Ghana and the GII had committed to offering technical support to the OSP to actualise its corruption prevention initiative.

He said both organisations had the experience and the technical know-how to deliver the GCLT envisioned by the OSP.

Dr Selormey said for more than a decade, the GII had published the Corruption Perception Index (CPI), a measure of public sector corruption, informed by business people and experts, as well as the Global Corruption Barometer (GCB).

CDD-Ghana, on the other hand, had a track record of conducting surveys, including its flagship Afrobarometer surveys, which had modules for assessing the perception of corruption in the country, he added.

CDD-Ghana also partnered UNICEF to produce the first-ever District League Table (DLT), which has now become a popular governance and service delivery tool for local assemblies to compete towards reducing the vulnerabilities of their inhabitants.