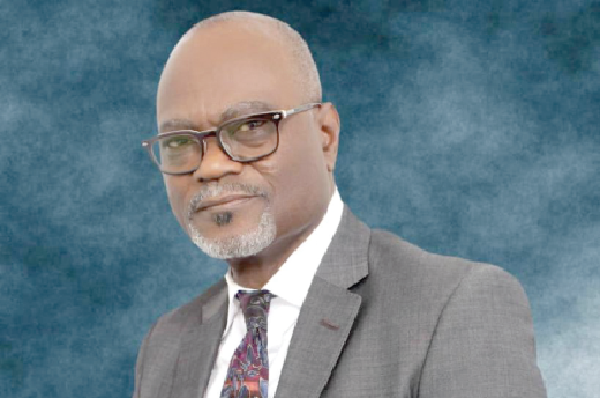 A businessman, Dr Kofi Amoah, has called for a national blueprint that will help the citizens free themselves from a dependency mindset to one of “Can Do and Must Do.”

“The present set of mindset and belief system of Ghanaians, affect our decisions in many critical areas, our sense of confidence, investments and borrowing decisions, choice of contractors, and all these and others collectively exert significant impact on our economic and social well-being,” he said.

Addressing an event to commemorate the 70th anniversary of Opoku Ware Senior High School (OWASS) in Kumasi, he said, “I wish to propose to dear citizens of the land for your kind consideration to embrace some of the key attitudes, beliefs and mindsets that have supported and enabled almost all of Ghana’s colonial classmates in Asia - Singapore, Malaysia, South Korea, Taiwan, Thailand and the likes to escape poverty through their own sheer determination and have now joined the developed nations of the world.”

Dr Amoah, who is an old student of OWASS, spoke on the theme, “Reflections on significant global mindsets and their impact on Ghana and Africa: Prescriptions for Progress in the Era of an Emerging New World Order”.

The businessman stated that the abundance of natural resource alone was not sufficient condition for fast-tracking economic development.

He pointed out that a less resource-endowed nation with the proper mindset and determination for progress could outtake and zoom past a resource-rich nation with a negative mindset, lack of confidence, and over-dependent on imports.

Dr Amoah noted that a nation whose citizens had no confidence in themselves or in each other but instead repose a great deal of their confidence and trust in outsiders would struggle to succeed.

He stated that there was nothing wrong in taking a loan so long as the loan was used properly to drive economic development.

However, he said, “A greater percentage of the loan amount must be spent inside Ghana to create positive impact of jobs availability for the youth of our society.

This means that major contracts to undertake infrastructure and other projects in Ghana must be given to Ghanaian companies and consultants.”

Dr Amoah has called for a national plan that will harness the talents of the youth for national development.

“The methods and programmes we adopt for preparing our youth will be the make or break, and we must embrace this with all the seriousness it deserves,” he said.

He said the nation needed to be passionate and focused on youth development because “if we lose the youth of today, we have already lost our future”.

Dr Amoah also challenged schools to pursue excellence by equipping the youth with modern skills that would be competitive in the domestic and international markets.

“We have what it takes to be excellent in what we choose to do but we must expand it with zeal and massiveness for it to become embedded in our mindset, culture and everyday activities,” he stated.

Dr Amoah said the world was changing in all important areas, and Ghana and Africa could be sidelined.

“And as we manifest the desirable changes and improvements in our public and living spaces, the energising effects, the psychic benefits of orderliness and visible eye-candies will spur us on to make many more improvements in several other areas of life,” he stated