Land registration to be digitised — Veep 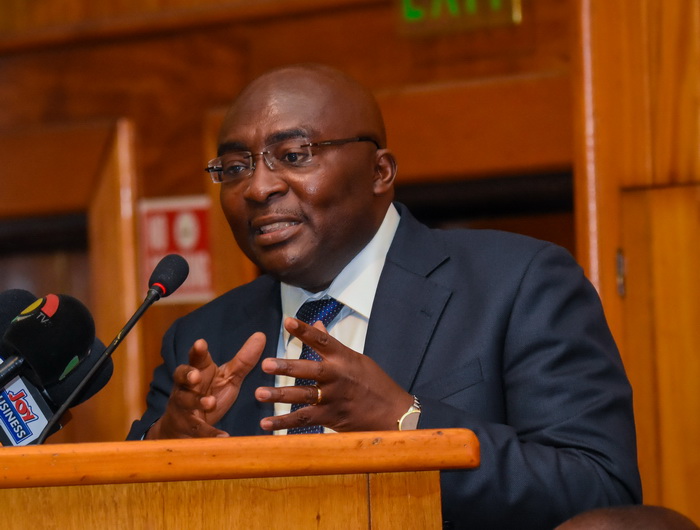 Land registration processes are to be digitised from next year as part of the government’s agenda to remove the bottlenecks associated with registration of land in Ghana, the Vice-President, Dr Mahamudu Bawumia, has announced.

According to him, digitising the land registry and the process of acquiring a land title certificate would boost the mortgage market in Ghana.

“One of the big things we're going to do next year is shifting our focus to land registration,” Dr Bawumia told bankers at the 21st National Banking Conference in Accra last Tuesday.

The conference, organised by the Chartered Institute of Bankers, was on the theme: “Building a Robust and Sustainable Banking System in Ghana.”

The Vice-President said the overhaul of the land registration process would be one of the major projects to be pursued by the government to promote transparency and efficiency in the country’s land administration.

He explained that through the digitisation of the land registration process, it would be easier for Ghanaians to use their lands or property to acquire loans in the mortgage market.

“This is a real bane of the banking and financial services industry,” Dr Bawumia pointed out, adding: “How do you develop a mortgage market if you can't really ascertain a title to land; you can't develop it.”

Dr Bawumia said a review of mortgage to income ratio vis-a-vis Mortgage Payment Relative to Income, showed that Ghana was the highest in the world.

“You can't develop a mortgage market with those types of ratios. We have to turn our focus to the land registry and the process of land title and this is the next phase of digitalisation that is about to happen, and we're tackling that next year. We believe that by the end of next year all our land records should be digital,” he stated.

He said the government would put in place a mechanism to ensure that the land registration digitisation programme took place.

“We believe that if that happens, it strengthens the banking sector indirectly because you can have better titles so you're not embedded in court processes.”

Dr Bawumia said using one’s property as collateral for a loan in the mortgage market was critical to the development of any economy.

“Mortgages are key ways of raising financing. So we are going to, as government, tackle these unwritten rules so to speak. That will help strengthen the banking and financial industry,” he stated.

Dr Bawumia said the government’s determination to make Ghana the centre for financial services in West Africa would also take off in 2018.

He said Ghana was in the position to attract major financial cooperation to boost the country’s democratic credentials as a stable and peaceful country.

“People are comfortable with Ghana and we should leverage that and the professionalism of our bankers to become the financial services hub of the sub-region,” he stated.