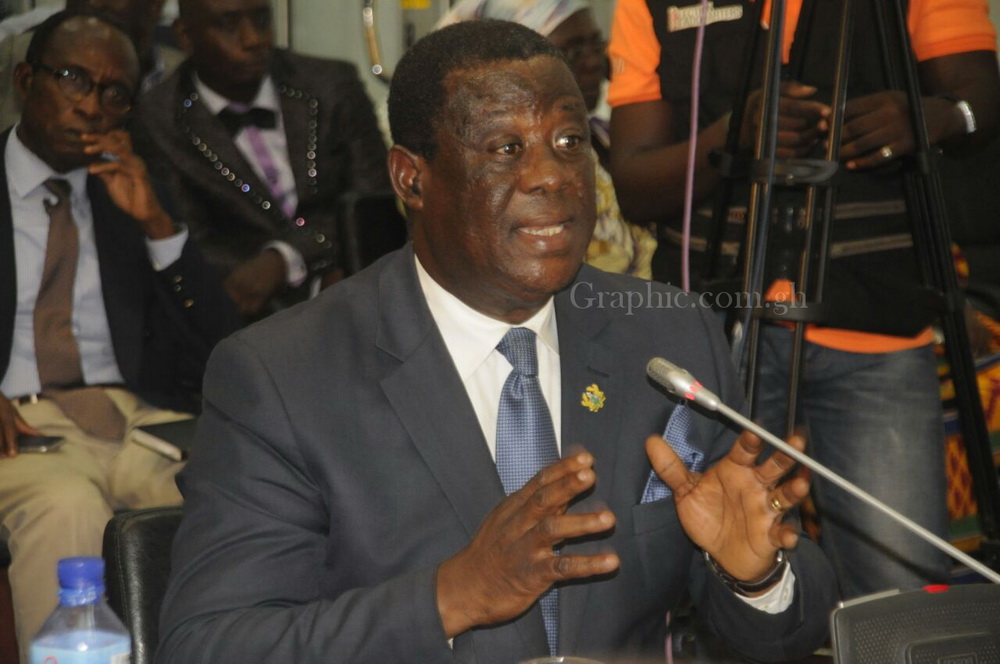 The Minister of Roads and Highways, Mr Kwesi Amoako-Atta, on Wednesday assured Parliament that rehabilitation works on the Buipe and the Yapei bridges would be expedited and completed before or in four weeks.

He said the closure of the two bridges now was critical and absolutely necessary to avert their total collapse, with its ripple effect on the nation.

"We are going to work day and night, without sacrificing quality, to ensure that the people get value for money," he said.

The bridges were closed to motorists on November 22, 2017 to make way for their rehabilitation and the project is expected to be completed in December this year.

Making a statement in Parliament on the current state of the Buipe and the Yapei bridges and the measures being taken to repair them, Mr Amoako-Atta said much as the government sympathised with the travelling public and motorists for the inconvenience caused, the closure of the bridges for rehabilitation works was critical.

He said an observation made during regular inspection of the bridges from the first quarter of this year was that there was extensive damage on the bridge dock due to old age and the inability to replace the bridges in the last five years.

Besides, he said, increased traffic loads had resulted in fatigue failures, which called for immediate and extensive repair works, while steps were being taken for total reconstruction in the long term.

Read also: Gender Ministry to get 300,000 people off the streets

With regard to the Buipe Bridge, the edges of all the concrete slabs are broken off, exposing the reinforcement, while a hole has widened on the middle of the bridge, with corrosion protection of the steel members broken down and rusting setting in.

The defects on the Yapei Bridge include the fact many of the joints of the concrete slabs are showing signs of edge breakage and the development of cracks.

Mr Amoako-Atta said the closure of the bridges was to allow the Bridge Maintenance Unit of the Ghana Highway Authority (GHA) to work without interruption, so that the rehabilitation could be completed within the stipulated four weeks.

He said the bridge decks had to be repaired in sections to continue to maintain their stability and allow the materials to attain their full strength before application of vehicular loading.

He said the government intended, in the long term, to construct two bridges to replace the existing ones at Buipe and Yapei.

There was also a plan to construct a bridge at Daboya and construct approach roads to the bridges, he said.

Mr Amoako-Atta said the ministry was in touch with the Ghana Health Service (GHS), which was currently providing emergency services at the Yeji and the Makango ferry points.

Besides, he said, the police and the military were also providing security services on the diverted routes and at the bridge sites.

He said announcements had been made for motorists to use alternative routes on the Western, Eastern and Central corridors.

The Majority Leader, Mr Osei Kyei-Mensah-Bonsu, said the two bridges were nearing the end of their lifespan and so there was the need for a programme to restructure the two bridges.

The Minority Leader, Mr Haruna Iddrisu, said some of the road projects on the Eastern Corridor road, which now served as an alternative route, had been terminated and others suspended by the government.

He urged the government to consider increasing the number of ferries transporting people from the Afram Plains to Yeji.

He asked the minister to ensure that the engineers working on the rehabilitation of the bridges executed their work diligently.