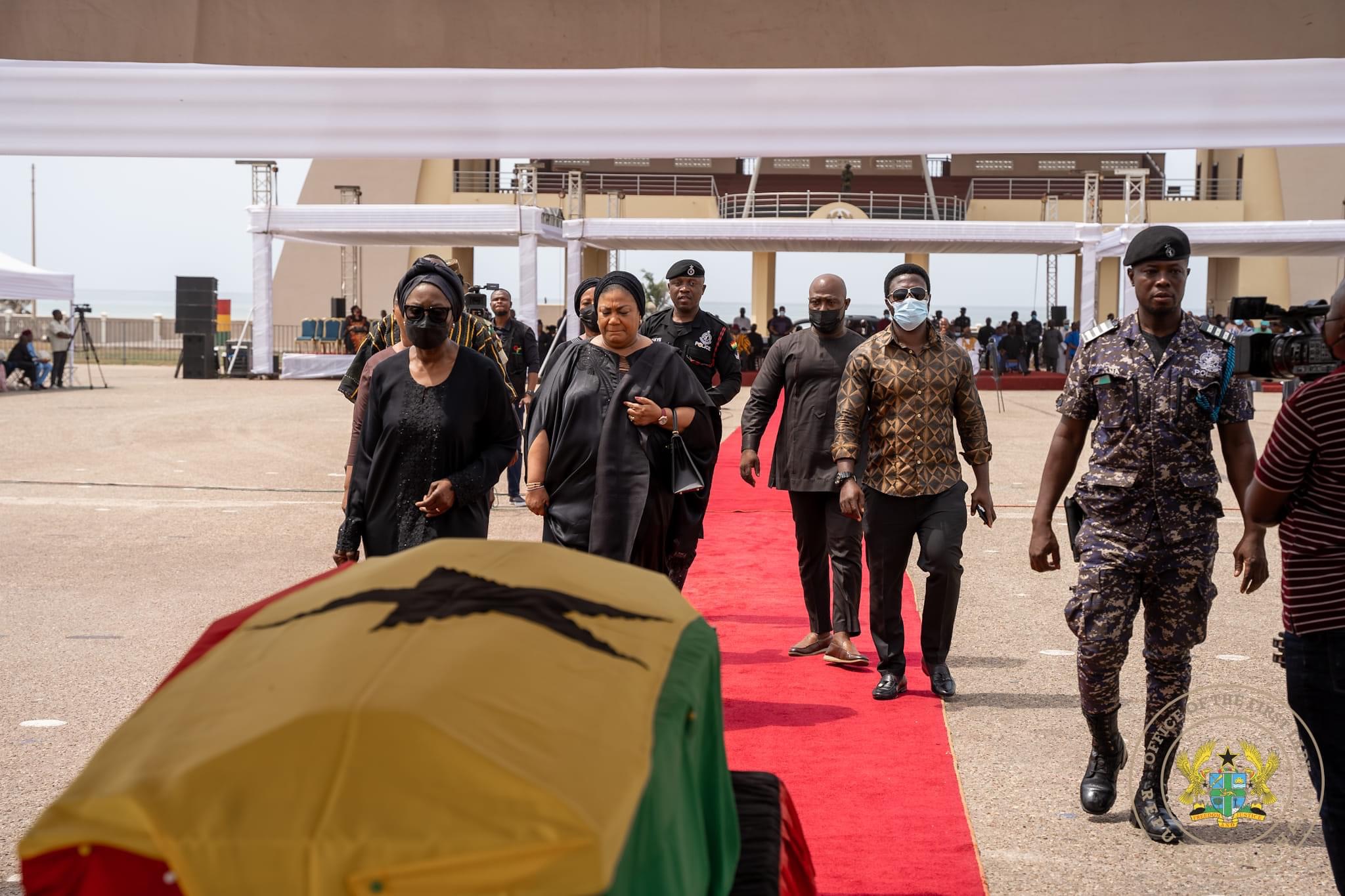 The wife of former Vice-President Aliu Mahama passed on Thursday.

And in line with Islamic religion she was laid to rest Saturday.

The state-sponsored service at the Black Star Square in Accra attracted personalities from all walks of life to file past her remains which was laid in state at the square.

Also at the event were ministers of state, present and past Members of Parliament, led by the Deputy Majority Leader, Mr Alexander Afenyo-Markin; the running mate of the flagbearer of the National Democratic Congress (NDC), former President John Dramani Mahama, Professor Jane Naana Opoku-Agyeman as well as the National Chief Imam, Sheik Osmanu Nuhu Sharubutu.

The remains of the former Second Lady arrived at the Black Star Square at 10.02 a.m. in a Ghana Armed Forces hearse, which was led by dispatch riders from the Motor Traffic and Transport Directorate (MTTD) of the Ghana Police Service.

The casket, draped in the national colours of red, gold and green, was taken out of the hearse by military pallbearers and was laid in state.

Soon after that, the Vice President, in the company of former President Kufuor, led ministers of state to file past the casket and pay their last respects.

Soon after the filing past of the remains of Hajia Aliu Mahama, a 10-minute silence was observed to allow the mourners to reflect on the life of the former Second Lady and also pray for her soul. 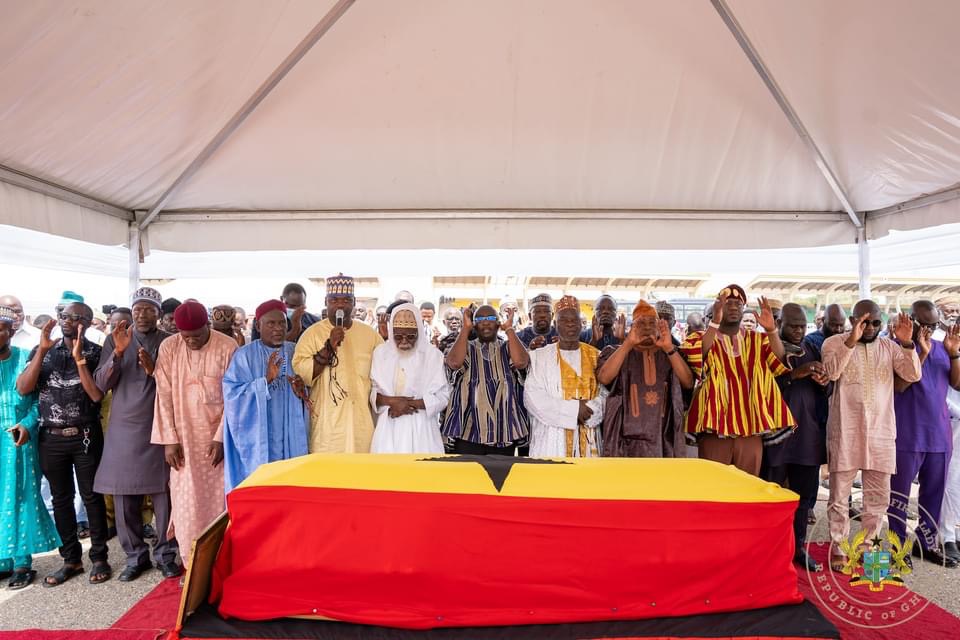 The National Chief Imam later led Muslim faithfuls to pray for the former Second Lady after which the Islamic Salat Janaza prayer for departed soul was said for her.

Not long after that, the casket was conveyed to the Ghana Airforce base to be flown to Tamale for interment.

While no tributes were read for the Hajia Mahama during the two-hour memorial service, some of the personalities took turns to pay glowing tributes to her.

Former President Kufuor recalled with fond how he enjoyed the unflinching support of the former Second Lady and her husband, Aliu Mahama, during his term as the President of the Republic from January 2001 to January 2009.

He said Ramatu Aliu Mahama performed her duties with spirited excellence devoid of any scandals.

“She was very gracious, intelligent and motherly and was aware of the weight of the office in which she discharged duties with such excellence.

She was a good human being. There were no scandals at least from her quarters.

“She was thoughtful and supported her husband, who was Vice-President during my time in government. She was a great hostess any time we travelled to the north, especially around Tamale,” he said.

She was a good mother

The Minister of Tourism, Arts and Culture, Dr Ibrahim Mohammed Awal, said Hajia Mahama was a “very good mother” to everybody and encouraged young people she encountered to take education seriously.

“The biggest legacy I remember of her was that as a teacher, she  encouraged everyone to take education seriously and that girls should not see education as something different,” he said.

The Deputy Minister of Environment, Science, Technology and Innovation, Patricia Appiagyei, was happy that Hajia Mahama supported her husband to perform creditably when he became the Vice-President.

“We owe that honour; she supported the progress of our democracy and humanity and we must celebrate her for these,” the MP said.

Affectionately known as Hajia Ramatu, she died Thursday afternoon, her son, Farouk Mahama, who is also the Member of Parliament for Yendi announced.

She was the daughter of the late Imoro Egala, a Minister for Trade and Industry and first Ghanaian chairman of COCOBOD, in the first republic and a long-standing political stalwart in Ghana through to the third republic; doubling as a founder of the PNP now PNC.