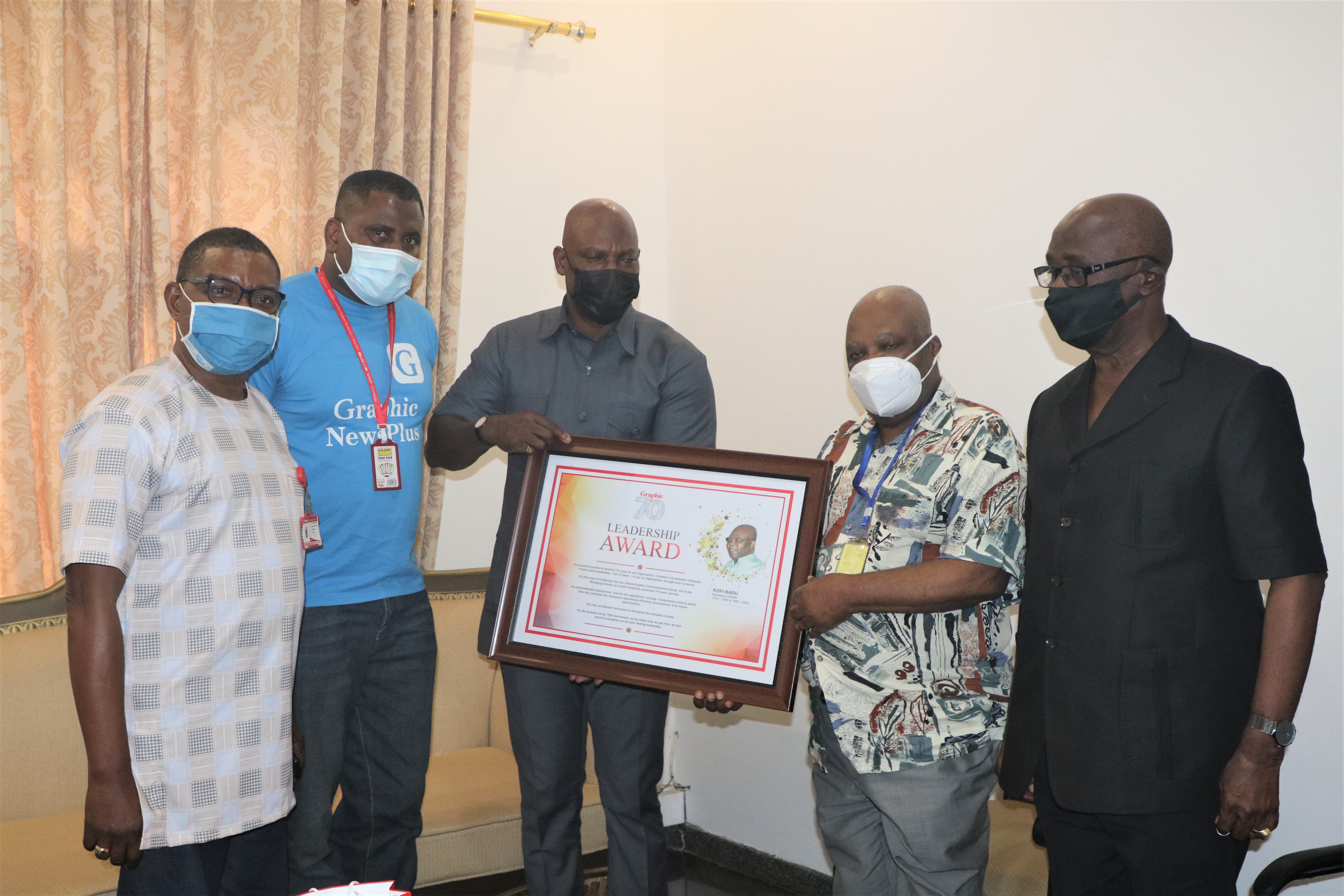 Hundreds of residents from all spheres of life in the Ashanti Region will converge on the CBC Auditorium at the Kwame Nkrumah University of Science and Technology (KNUST) today for the launch of the Daily Graphic Ashanti Regional Spotlight.

An initiative of the Graphic Communications Group Limited (GCGL), the high-profile event, the sixth in the series, will also witness the launch of the company’s Ghana Peace Campaign for the December 7 general election.

Ahead of today’s event, the GCGL yesterday honoured one of its former managing directors, Mr Kofi Badu, for his enormous contribution to the growth of the company.

Management members of the company, led by the Managing Director, Mr Ato Afful, were at the Manhyia Palace, where Mr Badu is the Chief of Staff, to bestow the honour on him.

The Regional Spotlight focuses on the promotion of the business and other opportunities of the 16 regions.

Today, the Daily Graphic, the flagship newspaper of the GCGL, has a 16-page pullout on the Ashanti Region on all that needs to be known about the great region.

The pullout zeroes in on the Manhyia Palace, the seat of the Asantehene; West Africa's biggest natural lake, Lake Bosomtwe; the Kumasi Cultural Centre, the Suame Magazine, among other great stories, with exciting pictures.

It will be launched by the Ashanti Regional Minister, Mr Simon Osei-Mensah, with the Omanhene of Domeabra in the Asante-Akim North District as the Chair Person for the occasion.

Spring Consult is partnering the GCGL in the Ghana Peace Campaign, while GCB Bank is the main sponsor of the Regional Spotlight.

As a prelude to today's event, Mr Afful, the Director of Marketing, Mr Franklin Sowa, and the Editor of the Daily Graphic, Mr Kobby Asmah, engaged listeners on a number of radio talk shows, including Breaking News on Kessben FM and Luv FM's DriveTime.

Apparently lost for words, Mr Badu said: "I am deeply touched by this noble gesture.”

Looking back on his association with the GCGL, he said: "It's been a privilege to serve Graphic. I have fond memories and it’s a matter of pride to see the extent to which Graphic has grown.”

He said the company had always been part of his life, adding: “It made me my university and it nurtured me."

Mr Badu said Ghana's history had been shaped in many ways by the GCGL and added that if there was one institution that had tremendously contributed to the socio-economic development of the nation, it should be the GCGL.

"Graphic should continue to be the standard-bearer for decent journalism," he added.

The GCGL team also paid a courtesy call on the Vice-Chancellor of the KNUST, Prof. (Mrs) Rita Akosua Dickson.

During the interaction with her, Mr Afful appealed to her and her team to take the "gown to town" by producing research that would impact communities.

He said since the university had experts in almost all fields, it was important that their knowledge impacted the social level, especially the communities they operated in.

He said it was important that the university used its resource persons to promote national cohesion and peace.

"If the mind is not properly shaped, anything is possible," he said.

With the KNUST being a citadel of knowledge, the Graphic MD entreated its management to "come along" in helping to shape society and its views.

Mr Afful congratulated Prof. Dickson on her elevation and on being a beacon of hope for young ladies.

She indicated that research would be meaningless unless it impacted society, adding: "That is what is driving us."

She said the university had formed a female club to promote Science, Technology, Engineering and Mathematics (STEM) education among young girls.

With the university due to mark its 70th anniversary next year, the vice-chancellor solicited for support from the Daily Graphic to regularly promote the activities marking the anniversary.