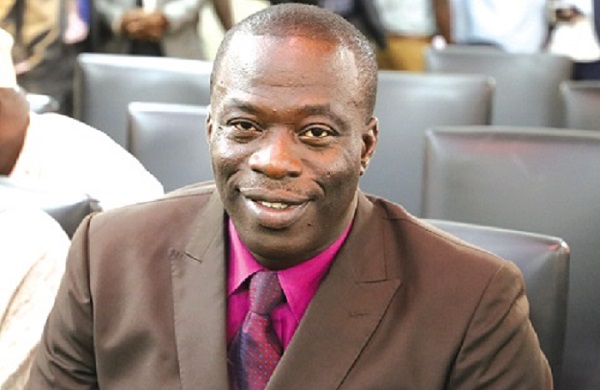 The base pay on the Single Spine Salary Structure (SSSS) has been increased by 30 per cent across the board for 2023.

The increment takes effect from January 1, this year and also brings an end to the cost of living allowance (COLA) of 15 per cent which the government paid public sector workers between July and December last year.

However, the difference between the different salary scales on the SSSS, which is technically known as pay point relativity, remains at 1.7 per cent.

This means the difference between the least paid worker and the next pay level on the SSSS is 1.7 per cent.

This was the outcome of an agreement signed among the government, employers and organised labour yesterday.

A joint statement among the negotiating parties was signed by the Minister of Employment and Labour Relations, Ignatius Baffour Awuah, and the Chief Executive Officer of the Fair Wages and Salaries Commission (FWSC), Benjamin Arthur, for the government side, while the Secretary-General of the Trades Union Congress (TUC), Dr Anthony Yaw Baah, and the Executive Secretary of the Civil and Local Government Staff Association of Ghana (CLOGSAG), Isaac Bampoe Addo, signed for organised labour.

The 30 per cent is the biggest increment organised labour has secured out of negotiations with the government since 2010 when the government increased the base pay by 20 per cent and again by the same margin in 2011.

Since the current administration came to power in 2017, the highest increment has been 12 per cent, which was secured in 2017.

In an interview with the Daily Graphic, Dr Baah said the new increment in the base pay was the best compromise organised labour could make, given the rising cost of living, with inflation at 54.1 per cent.

“We are happy that we came halfway to our demand and the government met us there. We started with 60 per cent and ended with 30 per cent. We would be happier with something higher, but given the circumstances, we think this is the best we could achieve for our members,” he said.

The TUC Secretary-General described the negotiations as very difficult, taking into consideration the situation from the perspectives of both sides – the employer and organised labour.

Dr Baah said while the government was battling with dire economic challenges, workers were also reeling under the high cost of living and dwindling incomes due to inflation.

“It was difficult, given the challenging economic conditions faced by the government and the cost of living, which was the main focus of organised labour,” he said.

Dr Baah said with workers no longer enjoying COLA from January this year, it was good news that a new increment in base pay had been agreed to help them deal with the current hardships.

“COLA ended in December, so workers will not earn COLA this year. But I believe that the 30 per cent increase in base pay will considerably help them, even though inflation is also high,” he said.

With regard to the 1.7 per cent point relativity, he said organised labour was still negotiating with the government, as more work was needed.

He explained that the relativity and the base pay were the two main aspects of the single spine, but the two sides (government and organised labour) had focused on the base pay since 2010.

According to him, organised labour was of the firm belief that the point relativity also needed to be reviewed to bring some parity and fairness in the system.

“The 1.7 per cent has been there since 2010 and we think it is time for it to be reviewed. We will continue to work with the government on the relativity,” he said.

Dr Baah explained that both sides needed to do some research on it and put it on the table at the next round of negotiations next year.