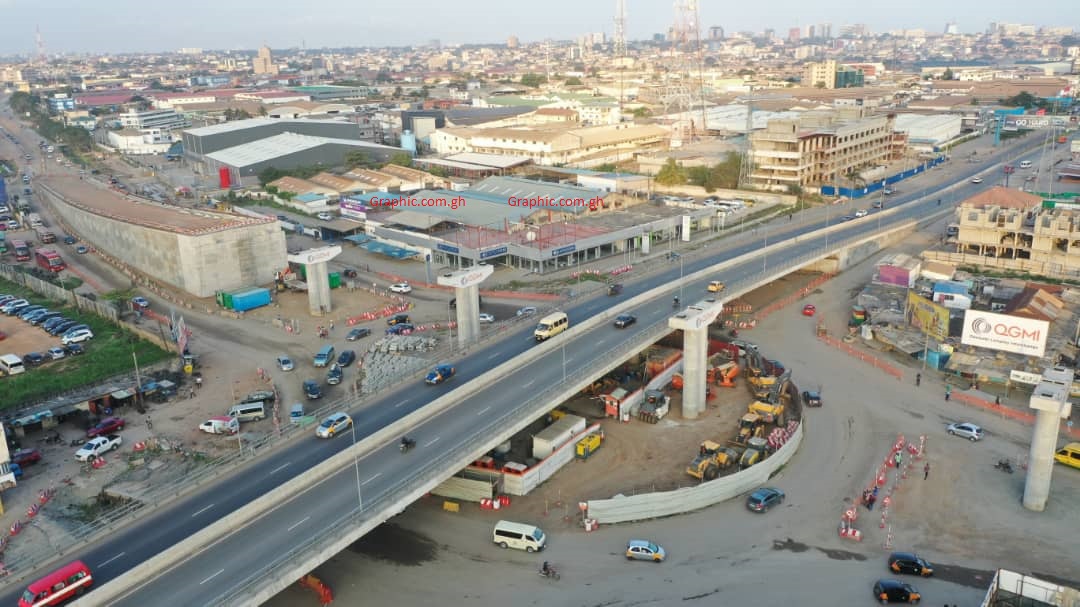 Construction works on the second phase of the Obetsebi Lamptey Interchange is 79 per cent complete.

A visit to the site showed construction workers busily installing the arms of the steel bridge at the Abossey Okai section of the interchange.

The workers were also seen working on a U-drain in front of the Ghana Commercial Bank Awudome branch, a 2x5m storm drain and a one-meter U-drain from STC towards the Awudome crossing.

The substructure, columns, abatement and piers for the main bridge have all been completed.

However, despite the progress of work , some roads such as the section of the road from the Obetsebi Lamptey roundabout to the Intercity STC Coaches Limited (STC) junction have been blocked to allow for the construction of U-drains as part of ongoing construction works.

The Resident Engineer of FAS Consult Limited, Mr Owusu Sekyere Antwi, told the Daily Graphic that the construction of the drains formed part of ground works.

He said other drains to be constructed this year included drains towards the Hyundai building close to the Obetsebi roundabout and the section from the SIC Insurance.

He added that they would also construct drains along the road towards Korle-bu as well as roads early next year.

In view of the progress of the project, he said they were currently installing the steel beams of the bridge itself.

Mr Antwi also indicated that more roads would be blocked to allow for when the second batch of the steel beams for the bridge superstructure arrived.

“With the second batch of the steel, we will block some road towards Korle-bu to allow us to move the steel. The installation will also take about eight days,” he said.

Mr Antwi expressed the hope that the installations and the bridge superstructure would be completed by February next year.

Some motorists who spoke to the Daily Graphic mentioned the inconvenience in driving towards the construction site but they quickly acknowledged the importance of the interchange. 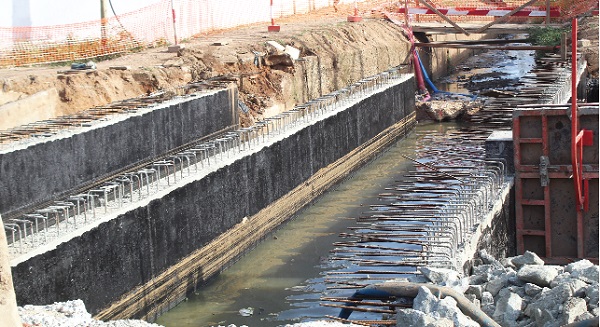