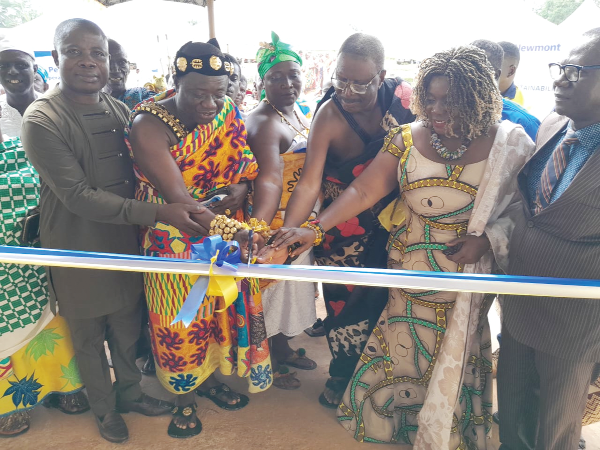 Mawusi Nudekor Awity (2nd from right), Director-General of the Technical and Vocational Education and Training, being assisted by Obrempong Kwasi Amo Tweretwie II (2nd from left), Abiremhene, and Nana Dr Boni Abankro (3rd from right), Aduasenahene, to inaugurate the new building. Looking on are some dignitaries
30.5k Shares

A new one-storey Akyem Vocational and Technical Institute (AVTI) built at the cost of GH¢3.1 million has been inaugurated at Akyem Amanfrom in the Eastern Region.

The town is in the operational area of the Newmont Akyem which is mining gold in the Birim North District in the Eastern Region.

The facility, which was funded through a collaboration between the Newmont Akyem Development Foundation (NAKDef), German Agency for International Cooperation (GIZ), as well as other partners, is to train the youth in various vocations such as welding, plumbing, building and construction, as well as electrical installation.

It has four departments under which the courses will be offered for the youth for the duration of three years.

At a short ceremony to officially inaugurate the facility at Akyem Amanfrom last Friday, the Akyem Mine Human Resources Manager, Emmanuel Ofosu-Yeboah, said the establishment of AVTI had become an integral part of the long-term sustainability goals of the foundation.

That, he said, was to train and develop unskilled youth in the host communities as well as the adjoining towns.

Mr Ofosu-Yeboah, who spoke on behalf of the General Manager of Newmont Africa's Akyem Mine, Daniel Egya-Mensah, explained that technical and vocational education and training were fundamental elements in the development equation, because they allowed individuals and societies to unlock potentials. 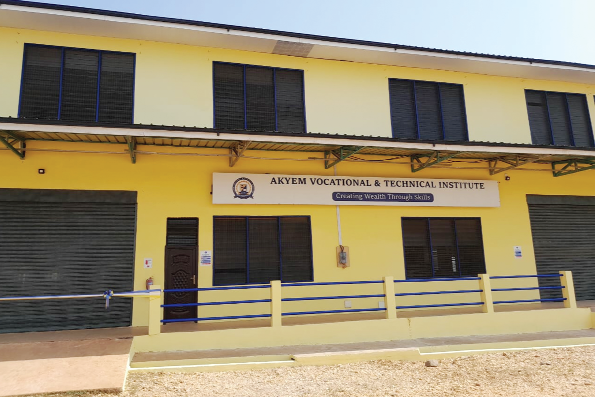 The General Manager also stated that the Akyem Mine had commenced work on its Local Economic Diversification Support (LEDs) project to create new businesses to provide viable and sustainable employment and livelihoods to youth and members of the communities.

He said Newmont Africa was also investing in the Enhanced Local Procurement Programme (ELPP) that had been designed to further boost the capacity of local contractors and suppliers, to enable such businesses to expand and become more competitive.

The Board Chairman of the Newmont Akyem Development Foundation, Professor Gyimah-Boadi, said the foundation partnered GIZ in 2018 to undertake a programme called Akyem Skills Entrepreneurship and Enterprise Development (A - SEED) to establish the training centre.

He said the initiative aimed directly and indirectly to generate employment for about 600 youth in Newmont’s operational areas and at the same time deliver other benefits to the communities.

Prof. Gyimah-Boadi said the programme had been designed to ensure that at least 35 per cent of the trainers and employment generated would be females, adding that the training centre, which had been in operation since February this year, had the first 96 students benefitting from scholarships provided by NAKDef.

He said programmes such as fashion and catering would be added in 2023.