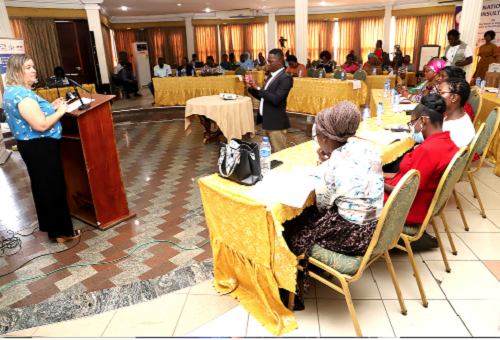 Women’s rights groups have called on the government to do more to protect the human rights of women in line with the UN Convention on the Elimination of all Forms of Discrimination against Women (CEDAW).

According to the groups, although the country had made tremendous strides over the years to promote women’s rights, issues such as the COVID-19 pandemic and socio-economic conditions had exposed pervasive gender inequalities.

That, they said, had not only reversed some of the gains made by the country but had further worsened discrimination against women in many forms.

The women’s rights groups made the observation at an event in Accra where civil society organisations and women leaders from all over the country came together to make inputs into a report on the country’s compliance with the CEDAW.

The two-day national consultation forum was organised by the Women in Law and Development in Africa (WiLDAF) in partnership with Oxfam, the government of Canada, Crossroads International, Plan International, and Women’s Voice and Leadership Ghana.

Apart from helping prepare the report, the national consultation also seeks to increase awareness of the CEDAW and come up with strategies for tracking the implementation of the CEDAW.

Known as the NGO shadow report, it provides a comprehensive review of gender equality and women’s right and serves as an alternative report to the country’s official report to the CEDAW Committee.

Ghana will next year submit its 8th and 9th periodic report on the state of women’s rights in the country and whether it was complying with the CEDAW to the CEDAW Committee.

The National Programmes Coordinator of WiLDAF, Melody Darkey, explained that the shadow report would help the CEDAW Committee with additional information on whether the country was implementing the convention.
WiLDAF, she said, since 2006 had led coalitions of NGOs and CSOs to produce shadow reports to help promote women’s rights in the country in accordance with the CEDAW.

“It is particularly important to draw attention to the actions and inactions by the government in ensuring that the recommendations by the CEDAW Committee to Ghana’s last report in 2014 have been put into practice,” she said.

A former Chairperson of the CEDAW Committee, Hilary Amesika Gbademah, said the shadow report was not meant to embarrass the government but rather to ensure that the committee had the best and most honest report that reflected women rights in the country.

The Acting High Commissioner of Canada to Ghana, Kathleen Flynn-Dapaah, said the national consultation forum would promote women’s rights by helping to identify the challenges inhibiting the successful implementation of the CEDAW.

The convention, which is made up of 30 articles, abhors all forms of discrimination against women and enjoins member countries to put in place laws and measures that protect women from discrimination.

Countries have an obligation to submit a periodic report to the CEDAW committees on the state of women’s rights in their respective countries and whether indeed they were abiding by the tenets of the convention.