Otumfuo calls for a shift in Ghana's educational system 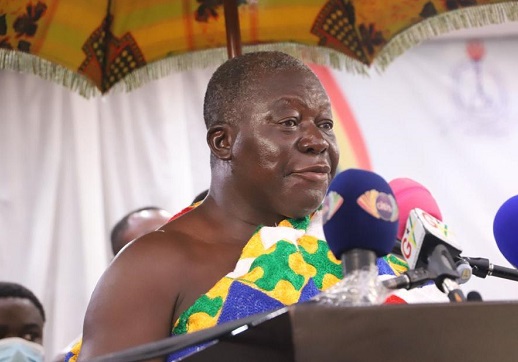 The Asantehene, Otumfuo Osei Tutu II, has called for a shift in Ghana's educational system, from consumers of other people's creation, to a system that stimulates creativity and innovation.

He said the country's current educational system has turned Ghana into a vast expanding market of consumers of other people's creation and not her own.

Comparing Ghana with Asia, the Asante King said while the former was producing lettered illiterate, the latter has used it's education to produce scientists and mathematicians among others to control the economy of the world.

The Asantehene was addressing the 6th quadrennial (53rd) national delegates conference of the Ghana National Association of Teachers (GNAT) in Kumasi on Monday, January 3.

The conference also marks the 90th anniversary celebration of the union. It was on the theme: "Surviving as a reliable teacher union in the 21st century. 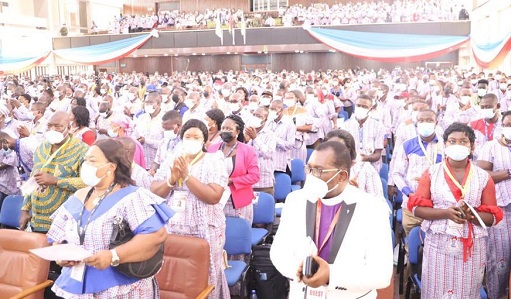 Some GNAT members at the conference

Addressing the conference, the Asantehene questioned why as a nation, Ghana was still struggling to find solutions to its environmental challenges while other societies were zooming into space.

He said in a new digital age it was time for Ghana to compete favourably for economic superiority with the rest of the world.

While admitting that education was the key to development and prosperity for individuals and nations, Otumfuo said teachers hold the key to actualising that vision.

To him the primary source of human progress were teachers "who deserve to be held in highest esteem."

"There can be no science, technology, Innovation, and even politicians without the teacher," calling for recognition and respect for them.

He indicated that by their tutelage, teachers have shaped individuals into transforming their communities and nations.

On his part, the President of the Presbyterian University, Rev Prof. Emmanuel Adow Obeng, said the era of confrontational approaches to making demands from government has lost its appeal and can no longer be used as a negotiation tool.

He said anytime there was a standoff between teacher unions and the state, it hurts the citizens, urging the union to shift their approach knowledge-based negotiation and dialogue.

Rev. Prof. Obeng expressed dissatisfaction of some members dabbling in politics which eventually influence their demands.

According to him, each time there appears to be a standoff it is perceived to sabotage government business and favours the opposition.

Meanwhile, presenting a whole document seen as a blueprint to reforming the union, the professor called for the establishment of a GNAT institute to focus on research to improve education and make their voices heard.

He said such an institute would also help train members on the new digitalised world and make their views the most sought after in any policy decision making.