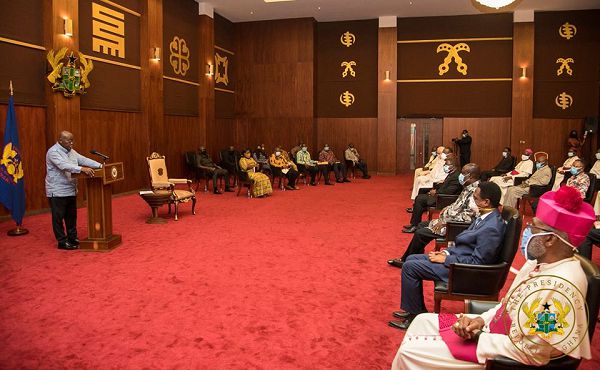 The Christian and Muslim leadership in the country say they are not perturbed about the restrictions imposed on congregational worship by the President because of the COVID-19 pandemic.

At separate meetings with the President at the Jubilee House, leaders of the two foremost religious groups said they supported the President fully in that direction since the decision was taken for good reasons. 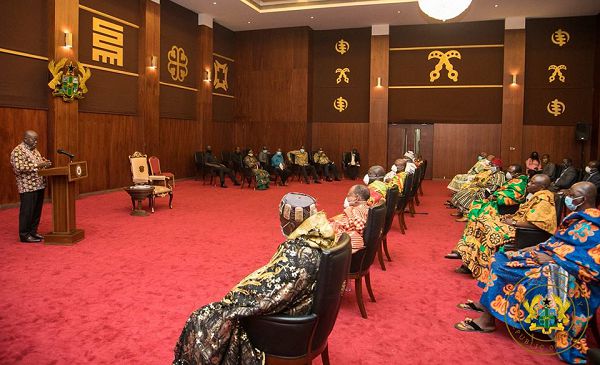 The Islamic group that met with the President yesterday commended him for the bold decisions he had taken so far to contain the spread of the virus.

The spokesperson for the National Chief Imam, Sheikh Aremeyaw Shaibu, who spoke on behalf of the Muslim leaders, said the introduction of very difficult measures, such as closing of the country’s borders and restrictions on religious gatherings, among others, were necessary to combat the deadly viral disease.

He said Muslims had thought deeply over the phenomenon and based on principles of the religion and instruction from the Chief Imam had had to accept and adhere to the directives.

Sheikh Aremeyaw noted that some activities performed by the Chief Imam at this time of the year, including the breaking of fast to mark the start of Ramadan, could not take place because of the restriction on public gathering.

He requested of the President therefore to facilitate processes to have the Chief Imam conduct a live television broadcast of the ‘Call to Prayer’ and recitals of the Holy Quran.

President Akufo-Addo said he had to take difficult but necessary decisions in the current crisis situation the country was going through to protect the people from the pandemic.

He said it had not been easy for the government, especially, the decisions to disrupt the lives of the people.

President Akufo-Addo cited the current instance where with only a few hours to begin Ramadan, mosques in the country were closed.

“This is the first time in my lifetime that such a thing is happening’’.

“These are unusual times and require difficult decisions. One of the things that fortifies me is the support that I have received from the people of Ghana, especially from the spiritual leadership of our country, both Christian and Muslim,” he said.

He said Imams would not find it easy explaining to their followers that mosques must remain closed, “but you have done it and I want to record my appreciation for this show of leadership on your part.”

President Akufo-Addo said the country would not be in this situation forever and encouraged the people to start planning for the future and find out what they could do to bring their lives back to normalcy. 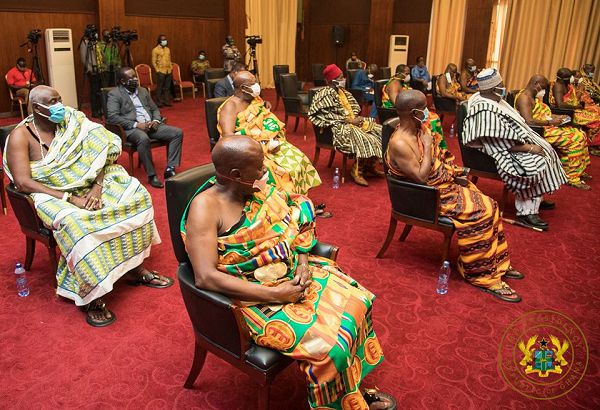 At the President’s meeting with the Christian leaders held last Tuesday, the Chairman of the Christian Council of Ghana, Most Rev. Dr Paul Boafo, said the government’s decisions and actions were worthwhile and all would rejoice at the end of the day.

He said the State-Church partnership had been deepened because of the pandemic in the sense that the two had collaborated in all aspects. He commended the President for involving churches in the distribution of food items during the partial lockdown of some cities in the country.

“Many homes received food items and we will continue to play our role as bastions of hope for the people,” he said.

Rev. Boafo said the Christian community would begin a three-day national prayer and fasting on Friday as part of its response to the COVID-19 pandemic.

President Akufo-Addo commended the churches for their role in distributing relief items to the needy. He said the government had sought the assistance of the Church following initial problems that came with the exercise.

He said measures, including the ban on public gatherings, political rallies and congregational worship, were all taken on the advice of scientists because the virus was spread through human contacts.

The President encouraged the leadership of the Church to make inputs on issues, including when schools must reopen, lifting of ban on public gathering and reopening of the country’s borders.