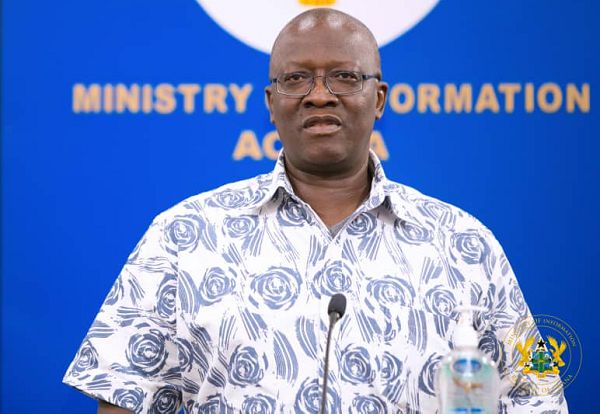 The Head of Virology at the Noguchi Memorial Institute of Medical Research (NMIMR), Prof. William Ampofo, has said that the country may hit a 100,000 COVID-19 tests in the coming weeks.

That was because of the adoption of an internationally efficient system of testing known as pooling, and a boost in staff strength in the testing centres of the country.

Speaking at a press briefing in Accra yesterday held by the Ministry of Information to update Ghanaians on developments in the fight against the coronavirus disease (COVID-19), he explained that pooling of samples was adopted to ensure efficient and good use of reagents and chemicals among other benefits.

He said pooling was the grouping of samples collected to ensure that a single test run contained a number of grouped sampled.

No mixing of samples

Prof. Ampofo said enough measures had been put in place to avoid mixing of samples in the process and assured the public that the outcome of pooling was accurate regarding individual samples in the pool.

According to him, samples taken through retesting were placed in a different data base, making it impossible for them to be counted twice.

“So each test results is based on a form. That’s how come we are able to tell you that someone had travelled or some people don’t have a travel history. This information is not on the tube but on the form and that is where we get the data from,” he said.

He further stated: “Because we identified that our capacity is 1,200 a day, we decided to pool the samples. So yes, we actually run 1,200 samples a day but that is made up of 10,000 individuals. So when we break it down, we are able to record the individual results of those 10,000 individuals,” he said

Prof. Ampofo said there had been a boost in staff strength across the various testing centres in the country affording them the opportunity to run a 24-hour service.

Ghana, he said, had received support from the World Health Organisation (WHO) and the African Centre for Disease Control (AfCDC) since the outbreak of the disease in the country.

“The support, as well as others, has resulted in quality control for all tests conducted at the laboratories at (NMIMR), the Kumasi Centre for Collaborative Research in Tropical Medicine (KCCR) and the National Public Health Reference Laboratory,” he said.

At the event, the Presidential Advisor on Health, Dr Anthony Nsiah-Asare, allayed the fears of Ghanaians about reports that the projected COVID-19 case count and fatalities for the country looked gloomy.

The media translated the percentages to three million infections and 15,000 deaths.

However, the presidential advisor said he was taken out of context.

According to him, what he said were from a WHO hypothesis based on the population of African countries that did not put in place any measures to curb the spread of the disease.

Dr Nsiah-Asare said given the measures that Ghana had put in place to prevent the spread of the COVID-19 in the country, such a high number of infections would not be recorded.

“It is not true that Ghana will have three million people infected before we reach the peak, we would never see that. Because as we speak now, the number of deaths in the country is nine.

“In fact, you calculate this as a percentage of the number of people who have been infected, it’s 0.7 per cent. So, it is nowhere near the five per cent," he stated