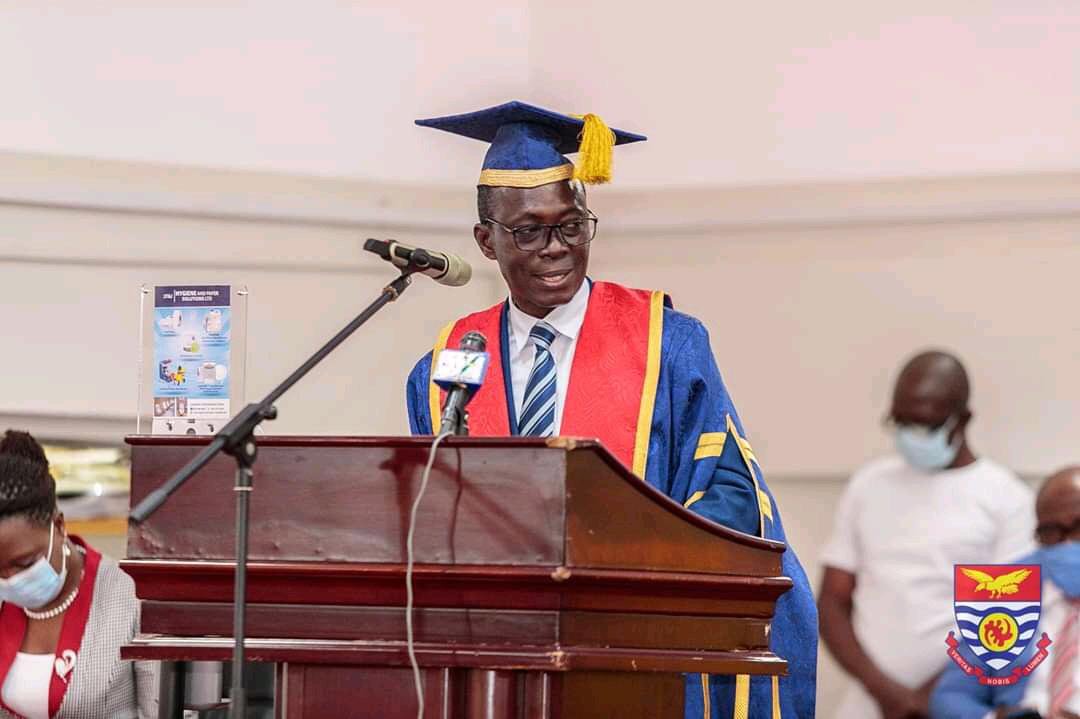 The Vice Chancellor of the University of Cape Coast (UCC), Professor Johnson Nyarko Boampong, has urged the country’s researchers and scientists to champion scientific research as foundation for the development of the country and the continent.

He said they must work to move the country and continent from mere consumers of research products to making meaningful research impact on the globe, adding that it was time for researchers in Africa to rise to work hard to redeem themselves and expand the frontiers of scientific research to better the lives of the continent’s citizens.

Prof. Boampong made the call in a speech read on his behalf at the opening of the 13th Joint Scientific Conference of the Convention of Biomedical Research (CoBReG) Ghana at the UCC.

This year's conference was held in collaboration with the College of Health and Allied Sciences of UCC.

The CoBReg brings together the country’s scientists and researchers to deliberate how to effectively use scientific research to impact society and to break new grounds in research.

The three-day programme was on the theme, “Deploying cutting edge biomedical and clinical research to achieve the Sustainable Development Goals (SDG) in the sub-Saharan Africa.”

Prof. Boampong cited the devastating effects of COVID-19 and how each country was left to provide for its citizens, saying, "even though Africa was spared with regards to the number of deaths, other areas such as support grants from the Western world reduced drastically or dried up."

“Our vulnerability was further exposed when we realised that we were completely at the mercy of the western world for the acquisition of vaccines to fight the pandemic."

“We also observed that if the COVID-19 pandemic had originated from Africa, we might have been abandoned to our fate to fight the pandemic alone,” he noted.

He commended efforts by some African heads of state to come together to establish Africa’s own vaccine producing centre, saying that initiative was what Africa needed and the theme of the conference must guide researchers.

The Provost of the College of Health and Allied Sciences, Professor Martins Ekor, in his welcoming address, stated that the COVID-19 pandemic, which slowed the world down in 2020 and which still remains a force, coupled with the emergence of other diseases such as the Monkey pox and Marburg virus, had heightened the need for increased Biomedical research.

This need, he noted, was more relevant than ever in the sub region when sub-Saharan Africa had to depend solely on the western world to obtain free doses of COVID vaccine.

Prof. Ekor observed that despite the daunting financial and equipment challenges researchers in Africa faced, their quest for knowledge, their passion, perseverance and creative abilities to use the little they had to achieve so much must be recognised.

A Senior Research Fellow at Noguchi Memorial Insitute for Medical Research, who was the keynote speaker, Dr Anita Ghansah, said there had been a strong belief by scientists and other stakeholders globally that at some point in the future, genome sequencing would become a critical component in routine healthcare.

Speaking on the topic, “From the Genome to policy: Unraveling the importance of genomics in public health in Ghana,” Dr Ghansah said the Nogouchi Memorial Institute for Medical Research was making steady progress in genomics on the areas of diseases such as malaria, tuberculosis and HIV to direct public health impact.

She, however, added that the complexities of the science, the cost of technology, the need for large scale clinical and population studies, and a host of ethical, legal and social issues were driving the realisation of this dream.

She said she was hopeful that the collective learning approach in genomics would support the convergence of public health and genomics and holds the possibility of improved understanding of the diagnoses, prevention and management of complex diseases in Ghana.