A year on, Accra-Tema Motorway still in bad shape 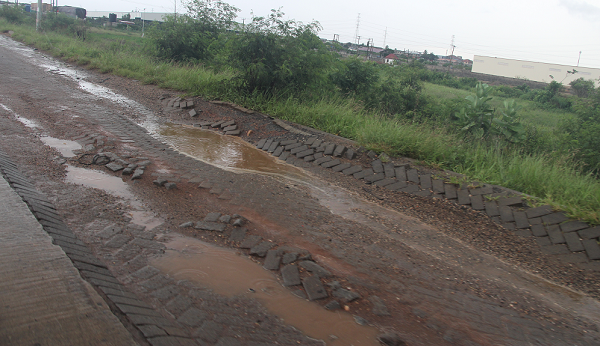 A year on Motorway still in bad shape Follow @Graphicgh

A year after the Daily Graphic reported the deteriorating state of the 56-year-old motorway, potholes, bitumen patches, erosion and hardened lumps from spilled concrete are still posing a danger and discomfort to drivers and passengers who commute on it on a daily basis.

On both sides of the country’s only concrete motorway, potholes, some of which have been patched with bitumen, have left the road in a dangerous state, especially at night when visibility on the stretch is poor.

Five weeks of monitoring by the Daily Graphic, as a follow-up to a similar exercise in March last year, revealed that, the Tema-Accra section is the most affected.

For instance, the portion of the motorway around the Ashaiman tollbooth, where transit trucks park on the shoulders, sometimes for hours, has developed potholes, while erosion has eaten into the edges.

Perhaps the most dangerous portion on the stretch is just before the Abattoir bridge, where the potholes are so exposed that drivers are forced to slow down, creating traffic congestion all the way to the Ashaiman under-bridge area.

The median of the motorway is overgrown with weeds and some of the galvanised pipes used to barricade illegal U-turn spots have broken down, with some of them lying along the road. 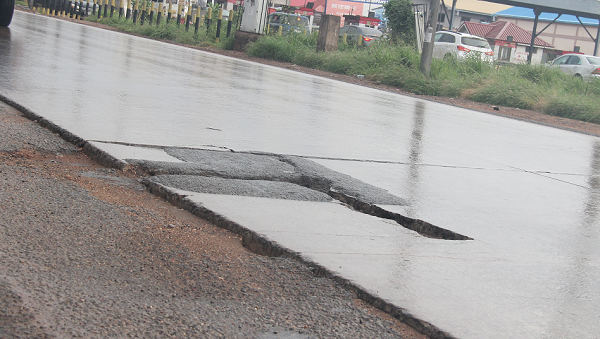 Last year, the Minister of Roads and Highways, Kwasi Amoako-Attah, told the Daily Graphic in an interview that plans were far advanced for the reconstruction of the motorway to make it safer for users.

“We are in the process of reconstructing the motorway soon to ensure the safety of road users,” he said at the time.

Despite the assurance by the minister, the motorway has since not seen any major rehabilitation.

Rather, motorists are still confronted with the nightmare of a deteriorating motorway, prompting calls from the public for the government to fix and restore it to its original state.

The present condition of the motorway has brought not just discomfort to users but also increased the cost of travel.

While it took the Daily Graphic team about 20 minutes to commute on the Accra-Tema stretch without much traffic, 28 minutes was spent on the Tema-Accra stretch, even though there was very little traffic.

That was due to the potholes which forced drivers to slow down.

A Kpone-based taxi driver, Lawrence Mensa Duku, who operated on the motorway, told the Daily Graphic that traveling on the road now took more time because drivers were forced to slow down to dodge potholes.

“These days one cannot move as fast as we used to on the motorway because of the potholes and its uneven surface. You could drive at a certain speed, and then all of a sudden a pothole will appear in front of you, and if you don’t take care, you could throw your car away in trying to dodge the pothole,” he said.

He said the situation was even more dangerous during the rush hours, when drivers overtook one another indiscriminately, notwithstanding the state of the road.

“A vehicle could overtake you and land in a big pothole, which can lead to a tyre burst,” he said. 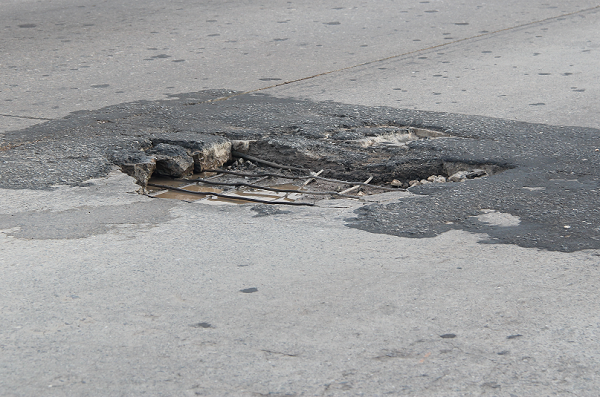 The Greater Accra Regional Director of the Ghana Highway Authority (GHA), Emmanuel Laryea Odai, told the Daily Graphic that plans were underway for the entire motorway to be reconstructed to make it safer for drivers and pedestrians.

In the interim, he said, the Mobile Maintenance Unit of the GHA would be resourced to carry out periodic maintenance, while the government prepared to reconstruct the motorway.

“The unit has been doing some work on the motorway, and that is supposed to be interim measures to keep it running before the reconstruction work begins, as indicated by the sector minister,” Mr Odai said.

A Deputy Minister of Roads and Highways, Stephen Pambiin Jalulah, told the Daily Graphic that the government was in the process of awarding the contract for the reconstruction of the motorway and the dualisation of some highways across the country.

“I know that financing arrangements will soon be made for contractors to begin work on the motorway," he said.

Already, Mr Jalulah said, the contract for the design and reconstruction of the motorway from the Tema Interchange through the Apenkwa Interchange to the Neoplan Junction at Achimota had been awarded.