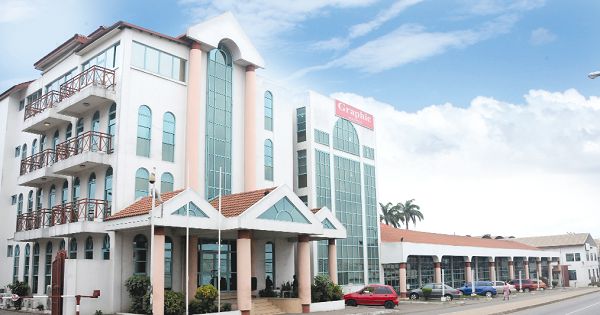 A media consultant, Mr Fred Avornyo, has not been arrested as an accomplice in any job scam.

Mr Avornyo, who has, since 1995, worked as a broadcast journalist, has never been an accomplice of any person involved in a job scam and was never arrested by national security in relation to any job scam or any other offence.

In yesterday’s edition of the Daily Graphic, the lead story, headlined: “Job scam hits Labour Ministry”, said Lizelle Bortha, who was wanted for a job scam, had been arrested with an accomplice, Fred Avornyo.

Our attention has been drawn to it that Mr Avornyo, on the contrary, broke the story on the job scam in 2004 when he was working as a broadcast journalist with Joy FM.

“I have worked within the media space with the name Fred Avornyo, and many people will reasonably assume that I am the said Fred Avornyo. Indeed, one such person drew my attention to this publication.

“I want to state unequivocally that I was never an accomplice of any person involved in a job scam and was never arrested by national security in relation to any job scam or any other offence.

“On the contrary, I broke the story on this job scam as a broadcast journalist working with Joy FM in 2004,” he confirmed when the Daily Graphic reached him.

Daily Graphic Editor’s note: We sincerely apologise to Mr Fred Avornyo for any injury that the publication might have caused to his person, image and associates.