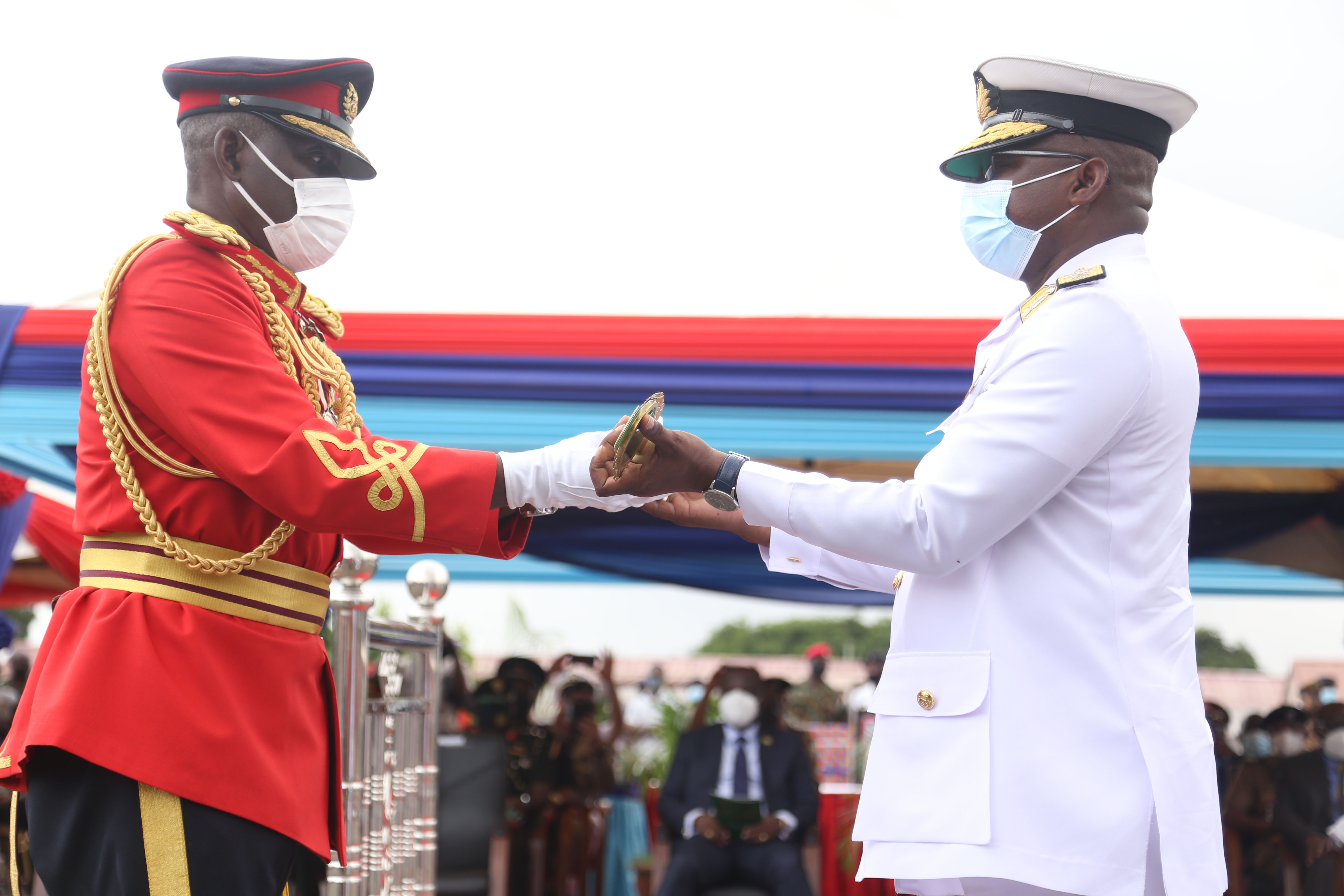 After 46 years of successful service to the Ghana Armed Forces (GAF) and country, the Chief of Defence Staff (CDS), Lieutenant General Obed Boamah Akwa, finally bowed out of the military.

And in line with military tradition, the GAF Friday held a farewell parade and a pull-out ceremony at the Burma Camp in honour of Lt Gen. Akwa, who would go into history not only as the longest-serving officer in the GAF, but also the longest-serving CDS.

Lt Gen. Akwa enlisted into the Ghana Military Academy in 1975, and was commissioned into the GAF as an infantry officer in the Ghana Army in March, 1977.

The longest-serving officer, who was once the Aide-de-Camp of former President John Agyekum Kufour, served the GAF in various capacities and rose through the ranks to become the CDS in February 2017.

The celebrated officer was welcomed by senior military officers (serving and retired), representatives of various security agencies, government officials, as well as family, friends and well-wishers.

After taking the “General salute” and inspecting the parade, he was showered with gifts from individuals and institutions in recognition of his sterling contribution to the development of the GAF and the country's security architecture.

The items included, Kente cloths, native sandals, television sets, a massage chair,  a bronze warrior which was presented to him by the acting CDS, Rear Admiral Seth Amoama and citations.

It was a moment of celebration and fulfilment as the citations eulogised the outgoing CDS for “his outstanding leadership and dedication” during his tenure as the CDS.

Rear Admiral Amoama, until his appointment as acting CDS, was the Chief of the Naval Staff.

The parade was followed by a pull-out ceremony for Lt Gen. Akwa.

The ceremony is a symbolic event to signify the retirement of an officer, usually of higher ranking.

Lt Gen. Akwa urged the military to “remain grounded” in professionalism, ethos of duty, integrity, discipline and honour to be relevant.

He entreated officers and men to set good personal and professional examples at all times by not putting up behaviours that had the tendency of bringing the image of the GAF into disrepute, adding “we must also stimulate enhanced cooperation within the GAF to effectively deal with the myriad of threats, particularly terrorism”.

Lt Gen. Akwa added that “it is the proper coordination of all these elements that would provide that force multiplier and cohesion for high military professionalism to serve the country with dedication, honour and pride”.

Watch a video of the ceremony below