Election of Speaker, deputies plus for democracy - IMANI 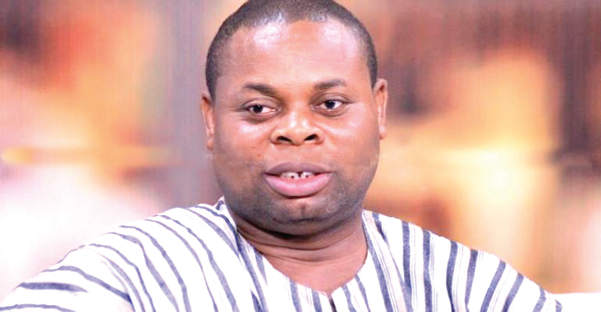 The Founding President and Chief Executive Officer of IMANI Africa, Mr Franklin Cudjoe, has described the election of the Speaker of Parliament and his two deputies as a plus for Ghana's democracy.

Mr Alban Sumana Kingsford Bagbin of the opposition National Democratic Congress (NDC), was last Thursday elected the Speaker of the Eighth Parliament of the Fourth Republic of Ghana, while Mr Joseph Osei-Owusu of the ruling New Patriotic Party (NPP) and Andrew Asiamah Amoako, an Independent Member of Parliament for Fomena were elected First and Second Deputy Speakers respectively.

In an interview with the Ghana News Agency (GNA), Mr Cudjoe said the election of the three men would go a long way to help address the issue of winner-takes-all in the body politics of the nation; stating that "somehow, this has been cured".

"The election of these three persons has managed to put our democracy in a better light in terms of the constitutionality of the winner-takes-all politics.

"At least this election is evenly balanced, if you like the whole idea that only the winner must take all. We are grateful for what should have been constitutionally done, but it has been naturally done for us," he said.

With regard to Mr Bagbin's election, Mr Cudjoe said, "I think that basically, the lead up to his nomination and eventual election is a testament to the rancorous nature of our politics, he knows very well what to do, having been there since the last 28 years or so.

"And he is the only person who can bring the warring sides (for the lack of a better term) together and pursue the agenda for the country."

The chief executive officer intimated that just after Mr Bagbin's election, there was the exhibition of cooperation among MPs after the pandemonium, which was also an attestation of the need for the MPs to work together.

"I think it is the truest definition of the President's call on Parliament to work together and make compromises as well," Mr Cudjoe stated.

He said whatever happened, the election of the three men was clearly an attestation of the President's call in his earlier State of the Nation Address (SONA), that MPs should keep compromising and work together.

Mr Cudjoe added that it was the most immediate and truest form of the definition of what the President want Ghanaians to articulate. - GNA