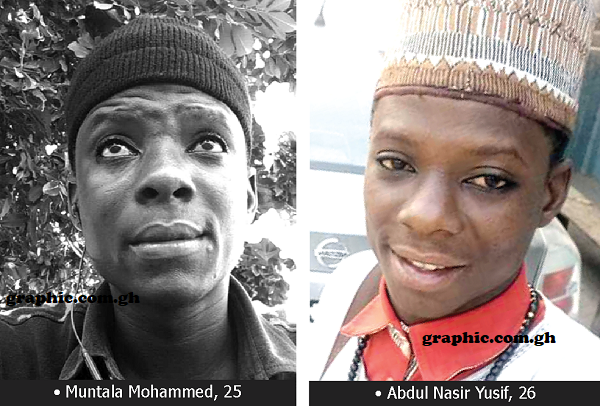 Two people have been confirmed dead following a clash between the youth of Ejura in the Ejura/Sekyedumase District in the Ashanti Region and security personnel who have been detailed there to maintain law and order.

Four other residents who sustained gunshot wounds have been sent to the hospital for treatment.

The incident happened when the security personnel opened fire on the youth when the latter refused to retreat and were bent on demonstrating to demand justice for the murder of their compatriot, Ibrahim Mohammed, 45, also known as Macho Kaaka, who was attacked by unknown assailants in front of his house.

The deceased have been identified as Abdul Nasir Yussif, 25, and Muntala Mohammed, 25.

Following the shooting incident, there is a large presence of security personnel in the commercial town of Ejura to maintain law and order and also quell possible reprisal attacks from the angry youth.

The shooting occurred when the youth after returning from the cemetery where they went to bury Kaaka, started protesting by burning car tyres while on the rampage.

The military, in an attempt to stop them, first fired warning shots into the air before shooting into the advancing youth, leading to the death of the two.

An attempt by the youth of Ejura last Monday (June 28) to demonstrate to demand for justice for the murder of Kaaka who died earlier in the day following injuries he sustained in an attack a day before was quelled by the police and military security personnel who were maintaining peace in the town.

But that was not before the youth managed to vandalise a vehicle belonging to a Police Inspector with the Ejura Police.

The youth were demanding justice for Kaaka, a social media activist and a member of the FixTheCountry campaigners, who was attacked in the early hours of last Sunday in front of his house.

According to the police, Kaaka’s attackers laid an ambush in front of his house at Dagomba line, a suburb of Ejura, and attacked him as he was returning home at around 1:30 a.m.

The attackers inflicted deep machete wounds on his head. He was first rushed to the Ejura Government Hospital and later referred to the Komfo Anokye Teaching Hospital where he died last Monday, June 27, 2021 at around midday.

Meanwhile, the police have picked up two suspects in connection with the murder of Kaaka.

The two were picked up upon police intelligence and are in police custody assisting in the investigation.

The suspects are Ibrahim Issaka aka Anyass and Fuseini Alhassan who were picked up on Monday night at around 10:45 p.m.

Also, the police say they have launched an investigation into the circumstances that led to the clash between the youth and the security personnel yesterday (June 29) which led to the death of the two people and causing injuries to four people, including a military lieutenant.

According to a statement issued by the Ashanti Regional Police Public Relations Officer, Assistant Superintendent of Police (ASP) Mr Godwim Ahianyo, the youth were alleged to have blocked the main road leading from Ejura to Atebubu Amantin after returning from the burial of Macho Kaaka.

ASP Ahianyo said the death and injuries were recorded in the process.

Macho Kaaka, a resident of Ejura, was a citizen journalist and a social activist who joined the FixTheCountry Campaigners to demand accountability from duty bearers.

He was alleged to have received death threats following some of his videos on social media talking about the lack of development in Ejura.

Around 1:30 a.m. last Sunday, he was attacked by the suspects who allegedly inflicted machete wounds on his head leading to his death on Monday, June 28, 2021, at the Komfo Anokye Teaching Hospital.