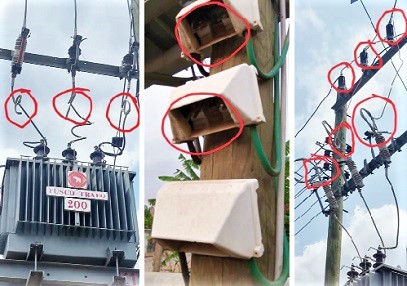 Some of the facilities vandalised
30.5k Shares

An ongoing assessment by the Electricity Company of Ghana (ECG) of its infrastructure in the Yilo Krobo and the Lower Manya Krobo municipalities has revealed damage to some of its facilities, including transformers at 81 substations.

In total, the ECG has 147 substations in the two municipalities.

The company has put conservative estimates of the damage caused at GH¢5 million.

Briefing the Daily Graphic on the ongoing assessment yesterday, the Head of Communications of the ECG, William Boateng, said the assessment team found out that most of the transformers had their earth links cut and the LV fuses removed.

Besides, he said, the transformers and cable ends that were disconnected during the power cut to the two municipalities had been connected back by some unidentified people.

In spite of the development, the communications head said the company was working around the clock to fix the damage and rectify the anomalies to ensure that power was restored by the close of this weekend, as agreed on by the committee set up by the Ministry of Energy to resolve the impasse between the power supplier and the people of Kroboland over the installation of prepaid meters in the area. 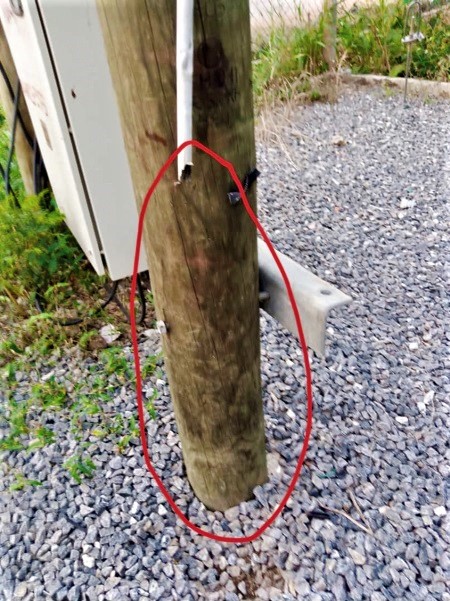 As part of the road map to restore power, the committee had agreed for the ECG to assess the integrity of the infrastructure for its safety and security in readiness for the restoration.

In a similar exercise last week, the team found out that some of the high tension poles had been damaged.

Since July 27, this year, the entire Kroboland had been without power due to a misunderstanding over accumulated bills and the installation of prepaid meters.

There had been fierce resistance and alleged attacks on officials of the ECG as they went about their duties to install the prepaid meters.

The committee was thus set up to come up with a road map to not only resolve all the outstanding issues leading to power restoration but also ensure that the leaders of the area made all their people agree to the installation of the prepaid meters, as well as create a safe and peaceful working environment for the ECG staff on the ground.

As part of the road map, the ECG requested to assess the integrity of the infrastructure for its safety and security and correct any anomalies in readiness for the restoration of power.

That was after it had detected that some of the high tension poles serving the area had been damaged.

Mr Boateng said from the initial assessment of the situation, while some of the destroyed transformers could be fixed, others would have to be replaced to ensure that there was no threat to the integrity of the infrastructure and the safe supply of power.

“The agreed plan is to restore power by the close of day on August 18, and we are keen on respecting that. However, the destruction to some of the facilities is a setback. Nonetheless, our engineers and other staff have been deployed to the affected facilities to fix those that can be fixed, while efforts are made to replace ones that are beyond repairs.

“We are working around the clock to go by the road map and, hopefully, once the major problems are fixed, there will be power in the area,” he said.

Asked if it would be safe to restore power, given that the integrity of some of the facilities had been compromised, he said: “If need be, power will be supplied from other transformers.”

Mr Boateng expressed regret that while efforts were being made to resolve the issues, some people were, through their acts of violence, compounding them.

“The destruction is widespread, as almost all the 81 facilities visited had one problem or another. It is a deliberate sabotage by some people and that is unfortunate.

“It is critical to know that quite a number of the F-cables and fuses have been stolen from the transformers. Some unauthorised persons have also connected some aspects of the transformers on their own,” he said.

Mr Boateng said the committee had successfully deliberated on the issues and how the impasse could be resolved.

He said the ECG, represented by its Managing Director, had, at the meeting, maintained its position that the installation of prepaid meters throughout the Krobo area was non- negotiable.

“The main objective of the ECG is to digitise the system and the supply of power and that can only be done through prepaid meters. Also, that is part of the plan for power conservation and prudent use and so it is not just in Kroboland but all our areas of operation.

“The meeting has agreed to that and so we will continue with the infrastructure inspection, assess the damage caused and how it could be fixed to ensure the restoration of power,” he said.

He said the damaged poles had already been replaced and that could help greatly in the restoration of power.

“In all, about five poles were identified at different locations, but they have been replaced and that will help in going by the road map,” Mr Boateng said.

Meanwhile, the Ministry of National Security has urged residents of the Lower Manya Krobo and the Yilo Krobo municipalities to cooperate with the security agencies and the ECG to restore electricity supply to the affected areas.

In a press statement, the ministry said the Eastern Regional House of Chiefs and various stakeholders had reached a consensus on action points towards restoring electricity supply, while addressing the volatile security situation in the area.

The action points included the conduct of integrity tests on all power transmission lines and electricity infrastructure in the area, the resumption of the installation of prepaid meters following the restoration of electricity supply to the areas, the deployment of security men to the said areas to ensure law and order during the installation of prepaid meters, the provision of technical assistance by the 49 Field Engineers Regiment of the Ghana Armed Forces for ECG technicians during the installation process and the arrest of persons whose conduct threatened to disrupt the exercise, it said.