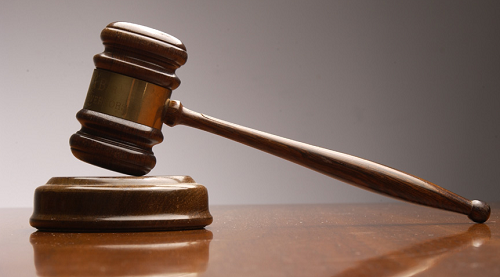 The High Court, Accra, has ordered the Minister of Education and the Ashanti Regional Minister to give a committee report on the death of a student of the KNUST Senior High School (SHS) to the father of the deceased student.

The decision by the court followed a legal action initiated by the father of the deceased, Mr Edwin Sam, after the refusal of the ministers to release the information to him.

The Presiding Judge, Justice Gifty Agyei Addo, gave the order after the court had upheld the right of Mr Sam to information, as guaranteed under Article 21 (f) of the 1992 Constitution, which has been operationalised by the Right to Information Act, 2919 (Act 989).

Per the judgment delivered by the court on November 11, this year, the order must be carried out within 14 days after Mr Sam pays GHc1,500 as the cost of the information.

Justice Addo also slapped costs of GHc2,000 on the Attorney-General (A-G), who was the respondent in the case.

“The refusal, failure or neglect of the Ashanti Regional Minister and/or the Minister of Education to furnish the applicant with the report is without any lawful or rational basis and amounts to a violation, a continuing violation or a threatened violation of the applicant’s right to information, guaranteed by Article 21 (1(f) of the 1992 Constitution and the Right to Information Act, 2019 (Act 989),” the judge said.

Counsel for the applicant, Mr Ace Annan Ankomah, had argued for his right to information to be upheld by the court.

It was alleged that the student died following the inaction of the teachers to send him to hospital over fears that he had contracted COVID-19.

It was the case of the applicant that the Ashanti Regional Minister had informed him, through a letter to his lawyers, that a committee had been set up to investigate the circumstances leading to the death of his son, and he (Mr Sam) was invited to testify.

According to him, he wrote several letters to the regional minister requesting a copy of the committee’s report, but all the letters went unanswered.

Mr Sam said after three months of the last letter, the regional minister wrote to his (Sam’s) lawyers, saying that he (minister) needed a confirmation from the Minister of Education before he could release the report to him.

In view of that, he said, his lawyers wrote a series of letters to the regional minister and also copied the Minister of Education, but his request for the report was not granted.

In the affidavit in opposition, the A-G argued that although Mr Sam had a right to information, the refusal to give the report to him was justified.

According to the A-G, the only information which ought to be given to Mr Sam was the autopsy report which established the cause of death of his son, not the committee’s report.

Furthermore, the A-G said the autopsy report showed that the student died from heart attack flowing from peptic ulcer, “which had nothing to do with the inaction of the teaching staff”.

It was the defence of the A-G that witnesses who appeared before the committee prejudiced the matter when they testified about issues relating to the administration of the school, which had nothing to do with the death of the student, hence their testimonies were tainted with malice.

“Since the report was not cognizable by law, the parents cannot have the benefit of the report,” the A-G argued.

Justice Addo, however, ruled that after perusing the various arguments, she came to a conclusion that the failure to release the report was to prevent Mr Sam from initiating legal action against the government in the future.

Such a move, she held, was not a lawfully accepted justification to prevent the applicant from enjoying his constitutional right to information.

According to the judge, even if the committee acted illegally, as canvassed by the A-G, “a citizen is entitled to know why taxpayers’ money and time will be spent on an illegal venture”.