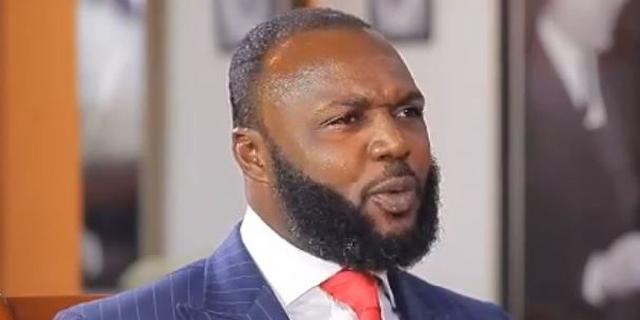 William Ato Essien, the founder of the defunct Capital Bank, who was standing trial for stealing GH¢192.5 million of depositors' funds, has avoided a custodial sentence.

Essien avoided prison today (December 13, 2022) after the court, presided over by Justice Eric Kyei Baffour, accepted an agreement between him (Essien) and the prosecution for Essien to pay GH¢90 million as restitution to the the state.

As part of the agreement, Essien pleaded guilty to 16 counts of stealing and money laundering and was accordingly convicted.

Graphic Online's reporter, Emmanuel Ebo Hawkson, who was in the courtroom reports that the other accused persons - Fitzgerald Odonkor - a former MD of Capital Bank and Tettey Nettey, the CEO of a company said to be controlled by Essien, were acquitted and discharged after they were found not guilty.

As part of the agreement, Essien who pleaded guilty to stealing GH¢192.5million of depositors' funds, has already paid GH¢30m to the state and will pay the remaining GH¢60million by the end of 2023.

This is to be paid in three installments of GH¢20m each.

The presiding judge accepted the agreement pursuant to Section 35 of the Courts Act, 1993 (Act 459), which allows accused persons standing trial for causing financial loss to the state to pay the money and possibly avoid a custodial sentence.

Per the orders of the court, in the event, Essien defaults in paying the money by the exact timelines (first on April 28, 2023, second on August 31 and last on December 15, 2023) he will be sentenced to prison.

Justice Kyei Baffour also ordered that by virtue of pleading guilty, Essien cannot be appointed as a director of any bank or any financial institution pursuant to the Banking and Specialised Deposit-Taking Institutions Act , 2016 (Act 930).

The judge also ordered the Registrar of the court to seize the passport of Essien until the convict finished paying the money.

Justice Kyei Baffour who initially rejected the agreement, accepted it today after it was explained to him that the state had already recovered GH¢101.2m of the GH¢192.5m with the remaining amount being GH¢92.5m

Also, it came out that an amount of GH¢35m was repeated twice on the charge sheet, meaning Essien actually has GH¢57.5m to pay , meaning the GH¢90m being paid by him was in excess of GH¢32m, which will be interest on the amount to the state.