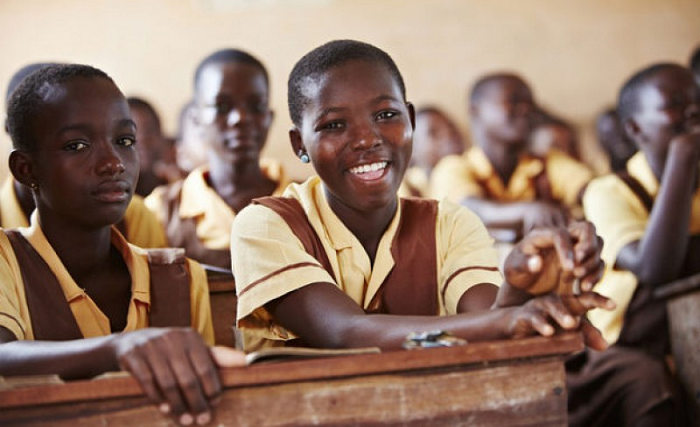 The Campaign for Female Education (CAMFED Ghana) has had a working partnership with the Girls’ Education Unit (GEU) of the Ghana Education Service (GES) since 2008.

A major component of the partnership between CAMFED Ghana and the GEU is research, and this is in tandem with CAMFED’s strategy to undertake programmes and interventions based on evidence and research data.

A report on one of such studies on a joint research project conducted by the CAMFED, in collaboration with the GEU, has called on the GES and GEU to work to ensure that the recommendation that women should make up at least 30 per cent of School Management Committees (SMCs) is enforced.

The report said women should also be encouraged to actively participate in meetings and decision-making processes of the SMCs. It also indicates the need for SMC members to be introduced to the concept of gender as a socially constructed phenomenon, and not some divinely ordained roles and responsibilities that cannot be altered.  This will help the SMCs to be gender sensitive in the discharge of responsibilities.

The research further calls for the development of detailed and simplified guidelines to guide the work and activities of SMC members. This should include clear guidelines on duration of tenure, frequency of meetings and documentation of activities. Such guidelines should be properly disseminated, especially during orientation and regular capacity-building workshops for SMC members. There is also the need for the GES to include the SMC in the operations of basic schools. This has the advantage of clarifying any ambiguity in the minds of head teachers and other stakeholders about their role in the school governance structure.

The study, undertaken with funding support from the United Kingdom Department for International Development (DFID), further established that although SMCs had the capacity to influence the school environment by formulating and driving the implementation of gender-friendly policies that support retention of students and minimise dropout, their impact had been minimal in all the schools involved in the study.

Conducted in eight junior high schools in four districts in the Eastern and Northern regions, the research on “School governance in public junior high schools in Ghana from a gendered perspective,” also showed that although the GES recommendation is that women should make up at least 30 per cent of SMCs, three out of the eight schools that were involved in the study did not meet this threshold - the SMCs were generally found to be male-dominated in terms of composition and participation.

Under its programme, “Incentive Support for Girls in Secondary Education in Ghana,” DFID provided support for the research with an aim to understand the gender dynamics in participation and decision making within school governance structures in Ghana’s junior high schools, and how these dynamics affect female and male students, especially relative to the promotion of gender-friendly school environments and student retention.

SMCs have emerged in the last two decades to contribute to the decentralisation of basic school governance structures in Ghana with the aim of making community members critical stakeholders in education. Such school-level governance is expected to enforce standards in schools, create conducive learning school environments and build partnerships with external stakeholders.

CAMFED’s programme is underpinned by an inclusive local partnership infrastructure through which the organisation works with stakeholders in education to ensure that girls have the resources to remain in school and excel.

Key school level stakeholder CAMFED fully involves SMCs in the implementation of its programmes. For instance, members of SMCs are fully involved in the identification and selection of girls for bursary support. They are also involved in the use of mobile technology to monitor the welfare of girls while they are in school.

CAMFED and its stakeholders have collaborated to undertake the training of SMC members to adequately prepare them to accomplish their responsibilities to schools.

For instance, using a CAMFED training manual which contains relevant thematic topics and consolidated best practices, representatives of SMC executives in 405 primary, 331 junior high and 73 senior high schools have been trained in key areas such as child protection and development, group dynamics, leadership and communication skills, as well as financial management.

DFID and CAMFED Ghana have shared values and commitment to the provision of quality education, particularly for the girl child in Ghana. Funding support from DFID has over the years been used to finance the education of many girls to ensure they achieve their fullest potential.

For instance as of 2015, DFID’s programme through CAMFED had provided secondary school bursaries to 32,120 disadvantaged rural girls (16,120 in senior high school and 16,000 in junior high school on a cumulative basis), combined with complementary inputs to promote community support for education across the Northern, Upper East, Upper West and Central regions of Ghana.

In addition to other programmes and interventions, DFID provides funding support for educational activities under the partnership between CAMFED Ghana and the GEU.

The report said DFID and CAMFED Ghana would continue to collaborate to ensure that interventions to maximise opportunities for school going children, especially girls, were grounded on evidence and research data.