Bring back our smiles - residents of Lower Volta Basin cry

A canoe pulled up at the shore. Three fishermen, wearing faces of dejection, despair and frustration docked the canoe and began to clear piles of water weeds that had been trapped in their nets.

Some 50 metres away from the dock, 30-year-old Edwin Avorganu and two others were working tirelessly to construct some cage fish ponds. Chinese fishermen had also pitched camp about 20 metres from their Ghanaian counterparts trying to pull a trick or two to boost their aquaculture business. This was the scene that welcomed us when we got to the aquaculture site at Asutuare, one of the fishing communities along the Lower Volta Basin (LVB). 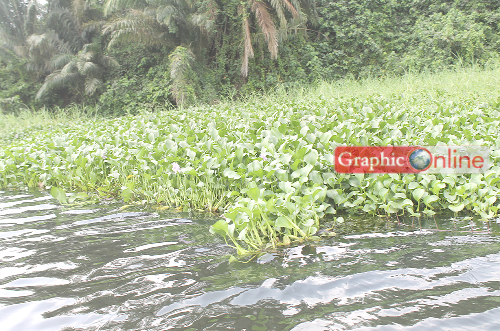 The LVB stretches from Akuse in the North Tongu District through other fishing communities in the South Tongu, Manya Krobo to the Shai Osudoku districts.


The string of linear mud houses roofed with corrugated iron sheets is more than enough to give a clue to any first-time visitor that communities in this part of the country play host to abject poverty and substandard living. Wild fishing and its subsidiary-fish mongering are the predominant traditional occupation of the residents of the LVB.

The younger generation learns the art of diving into the waters of the Volta Lake, casting the nets and paddling the canoe from the older generation.

Until the effects of the construction of the Akosombo and Akuse dams in 1965 and 1982 respectively landed a deadly blow to it, clam culture was the main economic activity of the female residents. 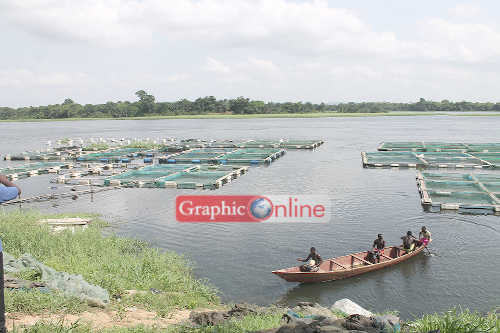 During a recent visit to some of the fishing communities of the LVB including Togorme, Aveyime, Akuse, Dorfor-Adidome and Mepe it was discovered that the bustle and blossom that characterised the fishing and clam industries had faded off.

The banks of the Volta Lake that used to be alive with economic activities as people from far and near came to purchase fish for domestic and commercial purposes can now be compared to a hungry orphan who does not know where the next meal will come from.

The beautiful face of the Volta Lake that attracted tourists has lost its aesthetic value due to the invasion by aquatic weeds.

In almost all communities visited, the weeds had invaded significant portions of the water bodies, posing serious navigation and fishing challenges, as well as the extinction of clam culture.

Reports of high prevalence of bilharzia and skin diseases among residents of the LVB could be attributed to the blossoming of the weeds which provide a viable condition for the growth of snails that breed the disease.

The collapse of clam culture has also been linked to the notoriety of the aquatic weeds, coupled with fluctuating salinity of the water of the Volta Lake.

At Dofor-Adidome, one of the communities, there were visible relics of clam culture that existed in the area as some young men were busy unearthing oyster shells while women conveyed them into a tipper truck 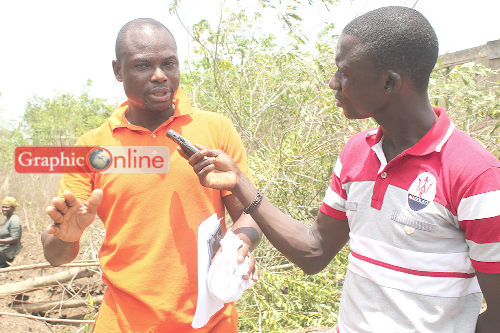 Apart from the nutritional value of oysters, the proceeds from the sale of the commodity were used to support the younger generation to acquire education for a guaranteed and secure future. The shells of the oyster were a valuable resource for the building and construction and the terracotta industries as they were used for concrete floors, tiles and other artifacts. It was also a rich source of protein feed for fish.

As a result of the suffocating economic activities in the LVB, most of the youth continue to migrate to illegal mining sites and the cities to do menial jobs because they have to survive, while the females have fallen prey to teenage pregnancy and were dropping out of school. 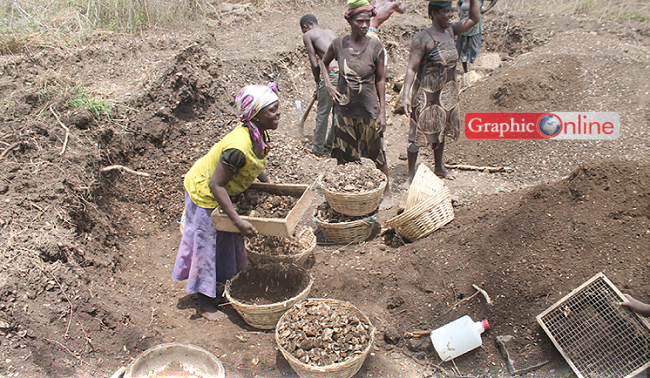 In the light of the growing concern to address the challenges and inject some fresh energy into the fishing business in the area, the LVB research project was conducted by the University of Ghana in 1999.

One of the key recommendations of the research required that fishermen in the affected communities were to be organised to benefit from the supply of inputs and other extension services, including training in good fishing practices.

The research also recommended that conscious efforts must be made by the government to control the growth of weeds, while fish ponds were to be constructed in suitable places to empower the people.

The research by the University of Ghana was corroborated by a similar one by Inland Culture Fisheries Association of Ghana (ICFAG) and the Fisheries and Aquaculture Alliance Network of Ghana (FAANG).

The latter research which was done through wider consultation with stakeholders, industry players and experts, advocated the legal adoption and implementation of the LVB small-scale cluster fish farm ownership policy.

However, successive governments have done very little to implement the recommendations of these researches, a development that has left the residents of the LVB as helpless as chicks that have been abandoned by a mother hen. 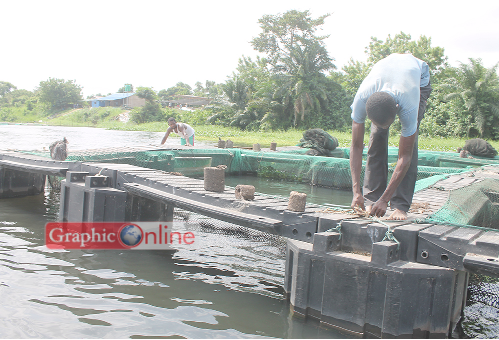 The advocacy organisations asked for cage fish ponds known as the small-scale cluster fish farm ownership policy to be constructed and allocated to the fishermen to manage in a cost-effective manner.

The initiative has the potential to limit the over-reliance on wild fishing and prioritise self-help aquaculture practices to boost the fishery sector. It also has the potential to restore the fishing industry, as well as the livelihood of the local people and help mitigate the migration of the youth.

Mr Godwin Awudi, the Policy Advocacy Advisor of FAANG, said the increased number of teenage pregnancy cases in the communities in the LVB was because of poverty in the area and that if the fishing initiative was pursued to restore livelihoods, the social canker could be addressed.

In all the communities visited, the people sang from the same page - calling on the government to tailor its "planting for food and jobs" agricultural policy to meet the specific needs of fishermen in fishing communities in the LVB.

The implementation of the aquaculture initiative at the LVB should be supported by the government and possibly expanded to have a paradigm shift from over-reliance on wild fishing, especially when the construction of the Akosombo and Akuse dams had deprived them of their livelihoods.