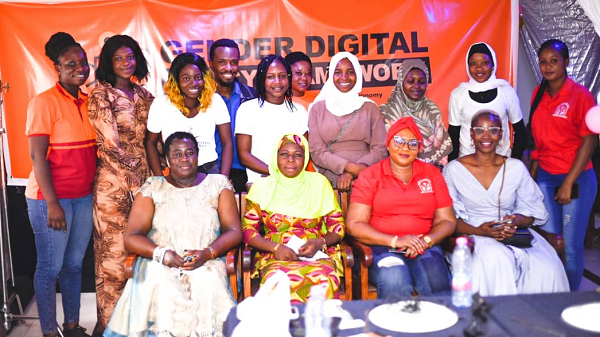 As part of activities to commemorate the 2022 International Women’s Day, the Gender Digitisation and Formulation Consult, a not-for-profit organisation, has launched the Gender Digital Policy Framework in Tamale to help increase women’s participation in the digital economy.

The programme, which is being supported by the Ministry of Gender, Children and Social Protection, also seeks to bridge the gender digital gap.

The programme is expected to train about a million social media interns, most of which would be women.

For him, “Increased participation of women in the digital economy will be of great importance to the nation given that women constitute 51 per cent of the national population and contribute significantly to economic development.”

He explained that the organisation would enrol interested persons, trained them and give them the needed employable skills in order to become more competitive in the job market.

Mr Sagoe said, for instance, that those who will be trained by the NGO could be engaged by government agencies, corporate bodies, and non-profit institutions to manage their social media platforms for them remotely.

He said the programme would start with a few interns before it would be extended to other parts of the country.

The Northern Regional Director for Department of Gender, Mr Bushira Alhassan, who represented the Minister of Gender, Children and Social Protection, said the Gender Digital Policy Framework would help the beneficiaries to enhance their projects through the avenues provided by the framework, which included e-Learning, e-Commerce, and remote work.

He therefore commended the Gender Digitisation and Formulation Consult for the initiative, saying that it would provide many opportunities for Ghanaian youth.

“It is my view that the GDP Framework launched by Gender Digitisation & Formulation Consult, will contribute immensely to government's digitisation plans for women,” Mr Alhassan noted.