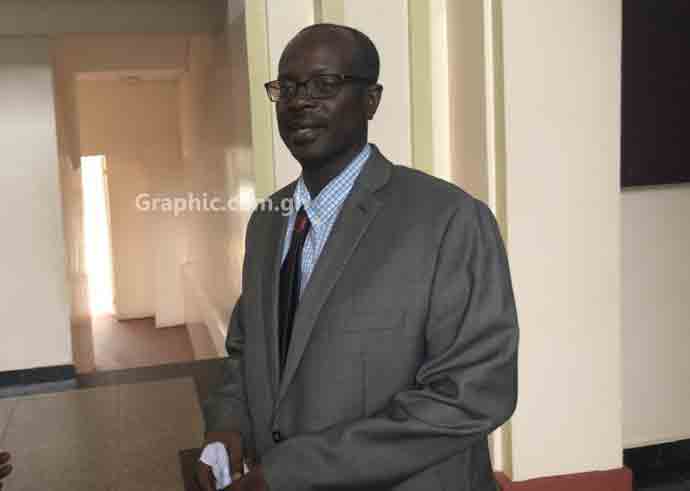 The Supreme Court has struck out an interlocutory application that sought to halt the entrance examination into the Ghana School of Law (GSL) slated for July 27, 2018

In his Professor Asare argued that the GLC was in contempt of a judgement delivered by the court on June 23, 2017.

In the said June 23, 2017 judgement, the Supreme Court declared as unconstitutional a requirement by the GLC that persons seeking to enter the GSL needed to pass an entrance examination and an interview.

It also ordered the GLC to take steps within the next six months to review the process of admission to the GSL.

Professor Asare wanted the court to put an injunction on the entrance exams because according to him, the GLC failed to meet the six months deadline given by the apex court.

At the Wednesday, for the GLC, Mr Kizito Beyuo, argued that the affidavit supporting the injunction application was defective because it was not sworn to by Professor Asare and also that he [Prof Asare] did not sign it as required by law.

Counsel argued that the practice of another person signing an affidavit on behalf of a party to a suit was alien to Ghana’s legal system.

“There is no competent application before the court and I invite the court, therefore, to strike it out as incompetent,’’ he submitted.
for Professor Asare, Mr Kofi Bentil, in his submission conceded that there was an error with the affidavit, but prayed the court to grant his client the permission to rectify it.

His plea was, however, rejected by the seven-member panel hearing the case, who held that the error was not one that they could gloss over.

After the judges made their position clear, Mr Bentil prayed to withdraw the application and refile later, which the court accepted.

“The application for injunction is struck out as withdrawn with liberty to refile,’’ the court held.

In 2015, Professor Asare initiated a legal action challenging the legality of the criteria for admission used by the GSL

He argued that entrance exams and interviews which were for admission into the GSL illegal and unconstitutional.

On June , a panel of the Supreme Court upheld his suit and declared the two requirements as unconstitutional

The court, therefore, ordered the GLC to review the process of admission into the GSL within six months.

Due to the court’s order, Parliament in 2018, passed a new Legislative Instrument (LI) governing admission into the GSL.

The new LI scrapped the interview aspect of the admission requirement but maintained the entrance exams.

Professor Asare then filed a new application in 2018, with the case that the GLC failed to review the admission process within the stipulated six months period as ordered by the Supreme Court.

According to him, the deadline to review the admission process was December 22, 2017, and therefore GLC by failing to meet the deadline is in contempt of the court.

He argued that in effect due to the GLC’s failure to meet the deadline, the old law that governed admission into the GSL, LI 1296, which was declared unconstitutional was still in force.

He, therefore, among other reliefs wanted an order directing the GLC to admit all qualified LLB degree holders before the passage of the new LI governing the admission process.

“An order restraining the GLC and its agents from conducting an entrance examination or any other screening process for admission into the GSL,” he stated.