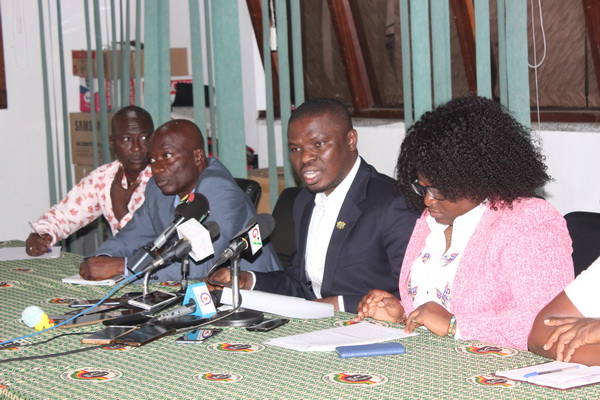 The National Service Scheme (NSS) has deployed 85,708 prospective service persons to user agencies across the country.

Out of the number, 75,855, representing 88.25 per cent, have been posted to public institutions whereas 10,072, constituting 11.75 per cent, were deployed to private user agencies.

Additionally, 5000 service persons have been deployed to support the implementation of the ‘Planting for Food and Jobs (PFJ) programme, while 500 others have also been posted to the newly introduced entrepreneurship and innovation model.

The Greater Accra Region received the highest number of 24,296 service persons, while the Northern and Ashanti regions followed with 11,285 and 9,964, respectively.

At a news conference in Accra on Wednesday, the Executive Director of the NSS, Mr Mustapha Ussif,  explained that the deployment of the service persons was done in accordance with the government’s policies to strategically develop the country.

Meanwhile, the deployment of 2,102 prospective service persons has been withheld as they are being investigated for impersonation.

Mr Ussif explained that the NSS system detected that they used other people’s identity cards to process their applications.

He said the investigation was to ascertain the reasons behind the act, adding that the NSS would hand over the matter to the appropriate security agency after due diligence had been done.

He said an innovative digital system had been developed to make the registration process easy and prevent the long queues, hassles and inconveniences that characterised the process over the years.

Fourteen centres, he said, had been established in Accra and 10 in Kumasi to facilitate the registration processes for service persons.

“Prospective service persons are required to book an appointment on the scheme’s website and get unique number before they proceed to designated registration centres. Those who come to the centre without an appointment number will be turned away.

“To avoid instances of impersonation or attempts by unscrupulous persons to compromise the registration process, all prospective service persons are required to provide students’ identity cards and any one of a valid Ghanaian passport, voter’s ID card, or driver’s licence before they can register,” he stressed.

Mr Ussif urged the prospective service persons to stay away from people who would approach them with the assurance of helping them to change user agencies to which they have been posted.