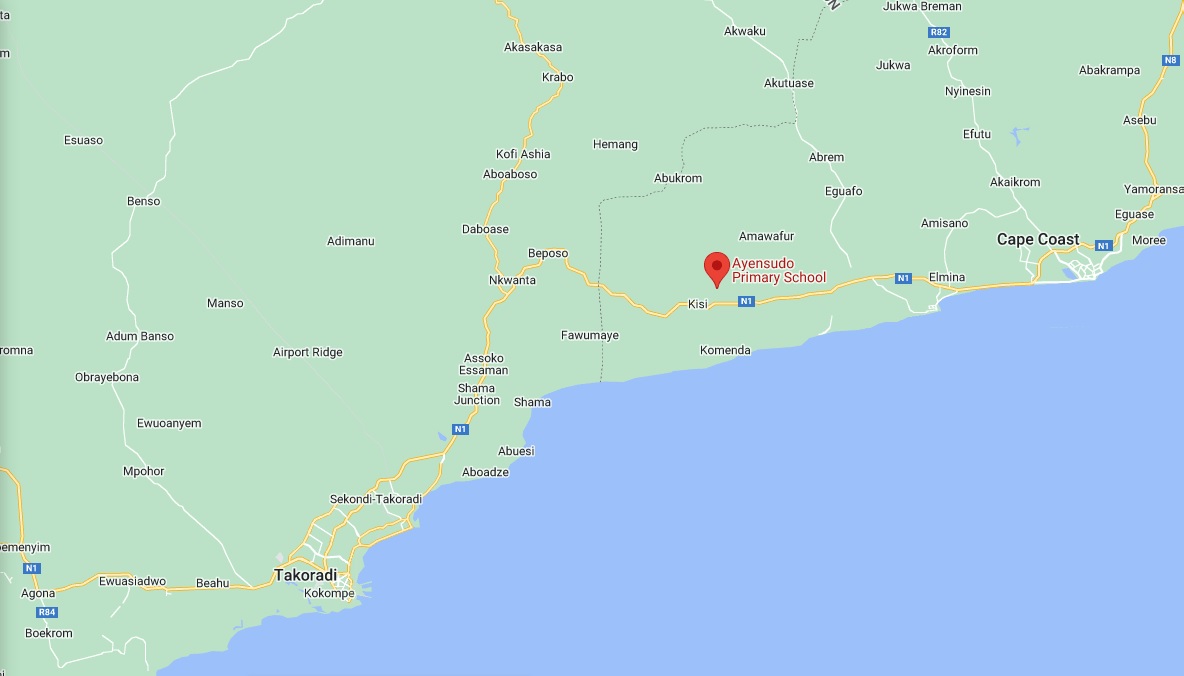 A collision between a truck and a bus at Ayensudo near Elmina in the Central Region has claimed about 12 lives.

It involved a cement truck, which is said to have collided with a bus which was conveying passengers from Kumasi in the Ashanti Region to Takoradi in the Western Region.

Many of the fatalities are said to have happened on the spot.

One female passenger in the mini bus with registration number WR 1347-17 survived the accident.

The registration number of the DAF cement truck is GM 2076-12.

From Cape Coast, Graphic Online's Shirley Asiedu-Addo reports that the accident happened near Ataabadze on the Cape Coast-Takoradi.

The female survivor, is in critical condition and receiving treatment at the Cape Coast Teaching Hospital.

The Public Relations Officer of the Cape Coast Teaching Hospital, Fred Nyankey said the 12 bodies have been deposited at the morgue. They are made up of five females and seven males.

According to the police, there was bush burning along the road which had created smoke and therefore impaired the vision of motorists.

Most vehicles had therefore slowed down or stopped but the DAF driver failed to stop and attempted to overtake resulting in a head on collision with the mini bus.

According to the Komenda Edina Eguafo Abirem (KEEA) Municipal Police Commander, Chief Supt. Abraham Bansah, the DAF driver is on the ran.