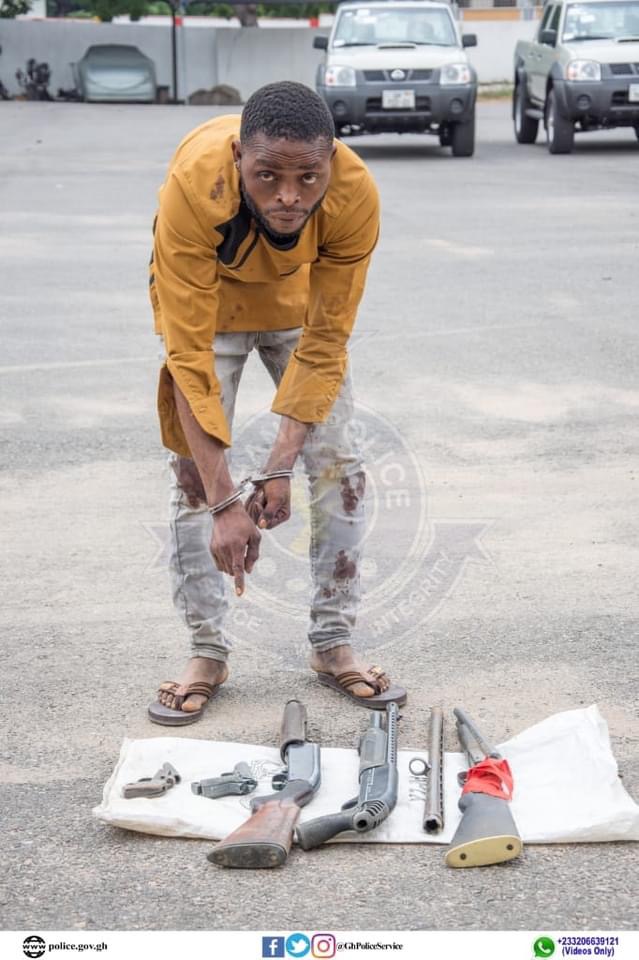 The Police has arrested a dangerous armed robbery and murder suspect, Godstrong Tettey, at Adeiso in the Eastern Region.

The suspect has been on the Police wanted list for alleged murder, car-snatching cases and violent landguard activities.

Godstrong Tettey had become notorious when he was seen in a widely circulated video on social media, brandishing a pistol.

A police statement said the operation forms part of the Police Administrations’ resolve to weed out criminals from our society. Such intelligence-led preventive policing and strategic operations will continue.

“We commend the public for the enhanced partnership in fighting crime and we urge anyone with any information on crime to call the Police emergency numbers 191 and 18555,” the statement added.