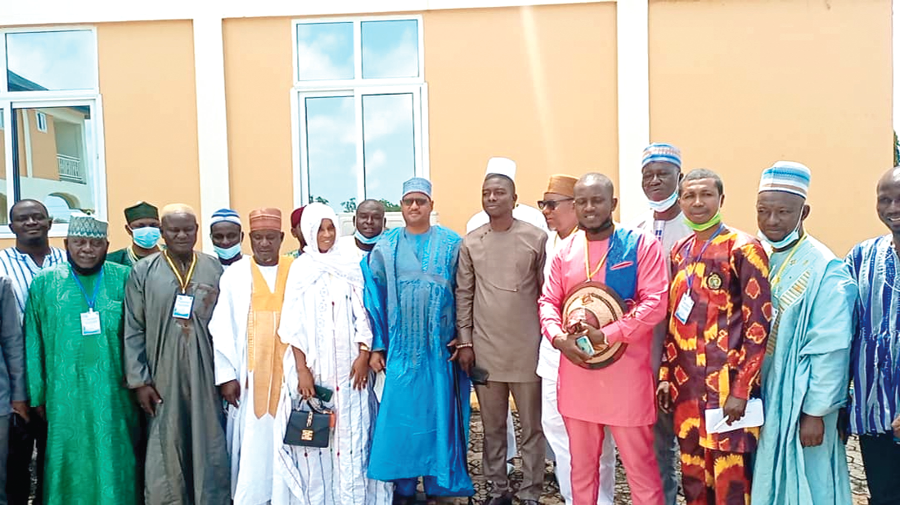 Members of Tabital Pulaaku, an association of Fulanis in Ghana, who attended the national conference at Kintampo

The General Secretary of the Association of Fulanis in Ghana, Mr Barry Yakubu Musah, has called on deviant members of the ethnic group to desist from all forms of crimes perpetrated against vulnerable people in the communities they live in to keep the sanctity of their name.

He said while, generally, Fulanis were a peaceful people, a few of them who fomented trouble in their communities, had unfortunately given them a bad image.

The conference was held to enable the delegates to form an electoral college to choose executive to take charge of the association for its ensuing term.

It was attended by the regional executive and a cross-section of Fulanis in the country at Kintampo in the Bono East Region last Saturday.

Addressing the conference, Mr Musah expressed concern about how some prominent opinion leaders were doing business with deviant individuals within the Fulani community.

“I have a tall list of people backing these deviant Fulanis. When they are arrested, such people spend a lot of money to release them to come back to commit more of such crimes,” Mr Musah added.

“There are family people, there are leaders, there are chiefs in our community doing business with the bad boys”, he stated and called on those involved to call such perpetrators to order, warning that if that was not done the executive of the association would expose them at the right time.

He explained that the leadership of the association had cooperated with the requisite bodies in the country to round up the rogue elements among the Fulani people whose actions triggered retaliatory attacks by other ethnic groups usually in a disproportionate manner.

He condemned activities of some renegade Fulani youth in the Bono East Region who had made it a habit to disturb the peace by engaging in kidnappings, racketeering, extortion, robberies, rape and other very abhorrent and illegal acts “which cut underneath what the Tabital Pulaaku was striving to achieve”.

“These people must be brought to order. Their actions, if not checked immediately, could erode all our achievements”, the General Secretary of the Fulanis Association stated, and called on all members of the Fulani community to be vigilant and quick to report any activity that breached the laws of Ghana.

He added that the posturing of the Fulani community must communicate an absolute, unequivocal and unflinching “zero tolerance” to crime among the Fulani people in Ghana.

Mr Musah, however, expressed concern about the generalisation and stereotyping of issues particularly when an individual Fulani man committed a crime.

“When a Bonoman commits a crime, it is the individual who is mentioned in the media and not all the Bonos. This thing must stop. It is hurting. There is no home without a bad boy,” he stated, and called on security agencies to deal with individual Fulanis instead of referring to them by their tribe.

Mr Musah said it was not right for the whole bowl of nuts to be thrown away instead of picking the few spoilt nuts from the lot and throwing them away.

For his part, the Kintampo North Municipal Chief Executive, Mr Isaac Baffoe Ameyaw, called for cooperation among opinion leaders of the Fulani ethnic group in the area to bring to an end criminal acts by some deviant individual Fulanis and reprisal attacks, which sometimes resulted in loss of lives and property.

He called for the regular payment of cattle rate by Fulani herdsmen to enable the assembly to raise enough funds to provide security and other social services to people in the area.