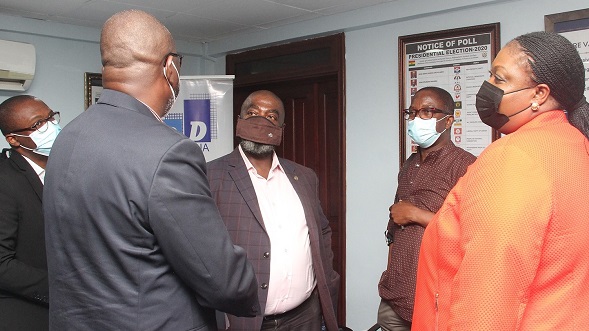 Taking arbitrary decisions against the advice of the Attorney-General (A-G), poor implementation processes and shifting of timelines are some of the major factors causing judgement debts in the county, a Deputy A-G and Minister of Justice, Ms. Diana Asonaba Dapaah, has said.

She said the opinion of the A-G, who is the principal legal advisor to the state, with competent attorneys to review contractual documents before they were signed, was either ignored or not sought for, in most cases by government agencies, during the signing of contracts.

The Deputy A-G was speaking at a roundtable organised by the Centre for Democratic Development (CDD) Ghana, a civil society organisation in Accra on the topic: “Confronting the challenges of recurring judgement debts and poor international public agreements”.

Ms. Dapaah said more often issues that took the state to court or arbitral tribunal were the abrogation of contractual agreements or breaches.

She added that as a result of the failure of some government agencies and ministries to involve her outfit in contractual agreements, defending the state effectively became difficult.

“Defending the public purse in a situation where there is little or no information or support coming from the institution or ministry involved also poses a great challenge, and we at the office of the A-G do not exist as a state machinery with the magical wand to wipe away contractual breaches or judgement debt after they have occurred.

“We may have our very rare shortcomings in meeting some procedural obligations in international arbitration proceedings which, more often than not, boil down to the fact that we are handicapped,” Ms. Dapaah said.

In such a situation, she said, not even the highest fidelity and procedural compliance could absolve the state from the realities of a bad case.

The deputy A-G said there was the need to deal with judgement debts devoid of politics in order to protect the public purse for accelerated development.

The Coordinator of the Third World Network-Africa, Dr. Yao Graham, and a senior partner at AB and David, Mr. David Ofosu-Dorte, said there was the need to build the expertise of government officials in the entire agreement preparation process.

Dr. Graham said government contracts should have clauses that limited damages in cases of default or breach of contract or litigation.

Mr. Ofosu-Dorte, on the other hand, advocated the inclusion of private sector consultants in the preparation of agreements.

For his part, the Executive Director of CDD-Ghana, Professor Henry Kwasi Prempeh, urged the government not to sign deals in crises period, since that could yield minimal benefits.

He further advised Parliament to actively get involved in processes leading to the signing of contracts and international agreements, adding: “Parliament comes in a little too late.”

Prof. Prempeh further proposed the drafting of Ghana’s own agreement model to guide officials in the signing of contracts.