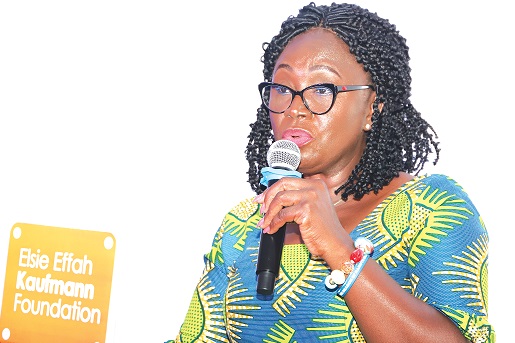 The renowned Quiz Mistress of the National Science and Maths Quiz (NSMQ), Professor Elsie Effah Kaufmann, has launched a not-for-profit foundation to enhance Science, Technology, Engineering and Mathematics (STEM) education in the country.

The foundation, Elsie Effah Kaufmann Foundation (EEKF), seeks to help bridge the current deficit in STEM-related programmes in the country by providing the necessary tools needed for a thorough and practical study of the subjects.

The EEKF will also provide training for science teachers to better equip them for the teaching of the subject in a way that will inspire the students to study STEM courses.

The event, which took place in Accra, saw representatives from various science institutions in the country.

Representatives from the United States Embassy, the West African Examination Council (WAEC), GhanaThink, the National Teaching Council and other prominent institutions in the country were also present.

The General Manager of Citi FM, Bernard Avle, the event, noted that Ghana had a lead on many countries due to the NSMQ initiative.

He added that some advanced countries did not organise such programmes on national television.

"We have an advantage over many countries and as I said earlier, not many countries have a National Quiz programme that channels the energy of young people in such a powerful way," he said, adding that the foundation would go a long way to increase STEM coverage in the country, especially among the basic schools.

The Inspector-General of the National Schools Inspectorate Authority, Dr Haggar Hilda Ampadu, stated that her office was ever ready to collaborate with the EEKF to promote STEM education in the country. 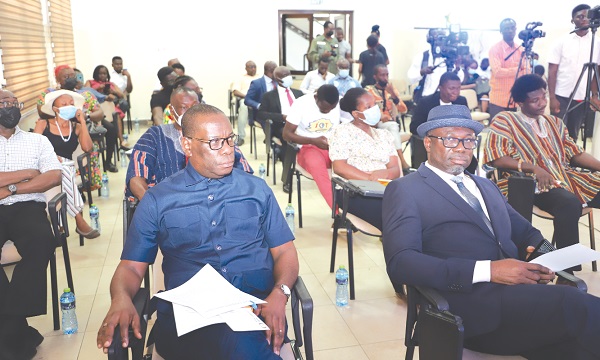 She also mentioned that her office placed a premium on the teaching of science and mathematics whenever they went on their rounds.

"Concerning the authority's role in STEM promotion, our inspectors are specifically tasked to place a premium on the keen observation of mathematics and science lessons in classrooms," she said.

At the launch, Prof. Kaufmann took her guests through a practical lesson on bringing science down to the level of the ordinary person with a demonstration on producing power.

She took the guests through a simple way of generating power, explaining that from such basic levels, the interest was generated and built upon to complicated levels as learning advanced.

Using plastic casing, copper nails and zinc wires, salt and a ball of banku, guests were taught to power a light bulb.

Participants built a plastic battery and used copper nails and zinc wires, together with banku and salt to light up the bulb.