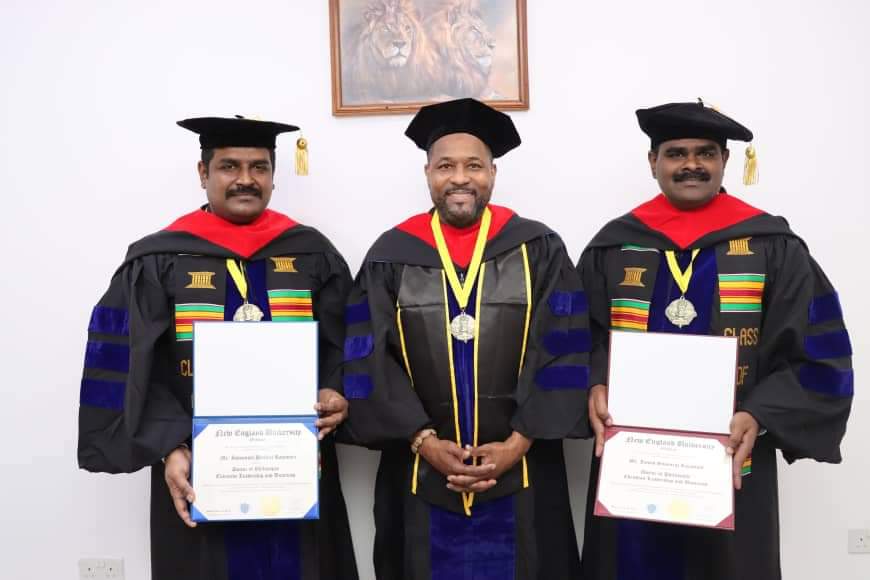 Both of them were awarded honorary doctorates by the University of New England, Connecticut, United States of America.

They were awarded the honorary doctorate degrees for their immense contributions towards the growth of the business sector in Ghana and beyond.

The doctorates were also presented to them in recognition of their tremendous efforts in growing Kingdom Group of Companies from an organization that started with just two employees to now an entity employing hundreds of people.

They were also honoured for moving Kingdom Exim beyond just a single company to one that now has ten subsidiaries.

The doctorate degrees were presented to them recently at a short but colourful ceremony.

The Kingdom Exim Group has been in existence since 2008, operating mainly in the Bono, Bono East, Ahafo, Greater Accra, Northern, Upper East, and Savannah Region.

As a leading agro-based company, the Group liaises with farmers of tree crops such as Raw cashew Nuts shea-nut, soya bean, maize, among others.