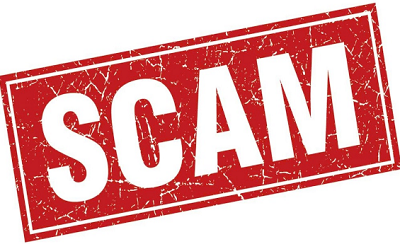 How a Virginia woman was scammed out of over $300,000 Follow @Graphicgh

A Virginia woman lost more than $300,000 through an online romance scam, according to a newly-unsealed federal indictment.

Richard Yaw Dorpe of Ghana is charged with wire and mail fraud in U.S. District Court in Norfolk. The case was just unsealed Wednesday.

Investigators say Dorpe pretended to be a widower from Virginia Beach when he met the victim, identified only as E.F., online in 2016. Dorpe went by Jerry Linus or Nils, and sent E.F. pictures making it seem like he was a 57-year old balding white man. Their initial communication began through the dating site Ourtime.

Over the course of their online romantic relationship, investigators say E.F. sent Dorpe gifts and money, costing her $312,814.

As part of the scheme, investigators say Dorpe told E.F. he needed $200,000 to buy gold for his jewelry business, but didn’t have the money. E.F. then began transferring money under the promise she would be repaid when he returned to Virginia Beach to celebrate Thanksgiving in 2016.

Dorpe then sent E.F. flowers to her home in Chesapeake with a message in all-caps reading, “DO YOU KNOW MUCH I LOVE YOU? I LOVE YOU MORE THAN THE HEAVEN, MORE THAN THE STARS. YOUR BEAUTY IS GREATER THAN ONE THOUSAND ROSES. JERRY.”

By January 2017, E.F. began to realize she had become the victim of fraud. During a video conference call, Dorpe revealed to E.F. he was really a 36-year old African man going by the tribal name “Yaw,” according to the indictment.

Upon questioning, he then showed her some of the gifts she had sent him as proof of his true identity.

FBI agents say romance or confidence fraud continues to be a big problem. In 2017, more than 15,000 people filed complaints with the FBI with losses totaling $211 million.

To avoid becoming a victim, agents recommend reverse image searching someone’s dating profile picture to see if it’s being used elsewhere online. In addition, they say to pay attention to inconsistencies of someone’s story and to never send money to someone you meet online.