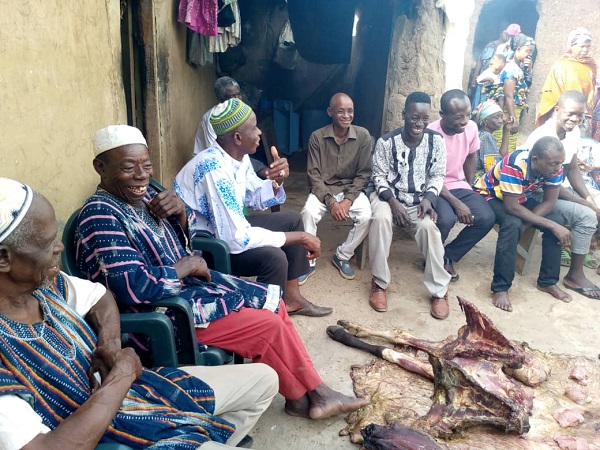 The Vugga or Le'kwaara refers to ritual activities of the Vagla people of the Sawla-Tuna-Kalba, Bole and Damongo districts of the Savannah Region that completes a dead Vagla person's spiritual migration from the living to the ancestral world.

To the Vagla ethnic group, life continues after death. A dead person is united with his or her ancestors through a final funeral rite. To them, a dead Vagla person joins Vagla ancestors.

After all or majority of Vagla communities have done their Vugga Kwaaraa for the year, the Deng Festival of the Vagla people commences days, a week or weeks after the Le'kwaara or the Vugga.

Hence, to the Vagla people, you're incomplete and your properties can't be shared unless your final funeral rite is performed according to custom and tradition.

It is characterised by rituals, fun fair, family gathering, settlement of family issues, account and sharing of properties, road maps to inheritance etc.

To the Vagla people of the Sawla-Tuna-Kalba, Bole and Damongo districts, the period between the latter part of April and throughout May each year is scheduled for final funeral rites in various towns of Vagliheri.

Towns and communities usually perform these rites in numbers depending on who has died and who or which families are ready to perform their deceased’s final funeral rites. It often commences on a Monday with a gathering and ritual inspections of guinea corn of deceased persons.

It usually ends on a Friday with expressions of gratitude by families and their relations to all who came to commiserate with them. 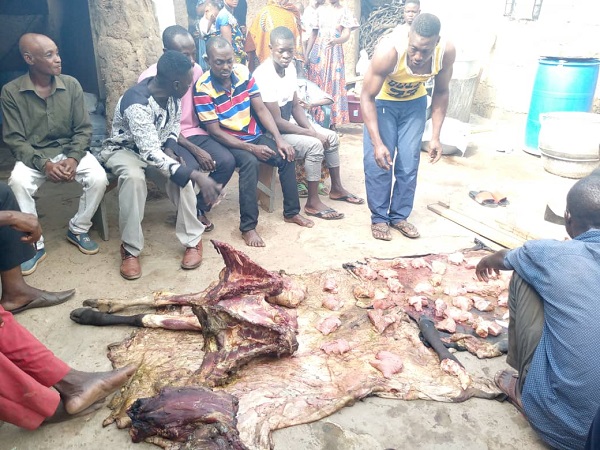 Bigger towns such as Tuna, Bole and Sawla can have over 10 deceased persons’ final funeral rites being performed during the season.

In the light of this, the people of Tuna will be performing final funeral rites of their brethren who joined their ancestors in the past season(s).

Those  who are not privy to the Vagla culture and customs can visit Tuna and other Vagla communities during this period to have a feel of  Le'kwaara (funeral performance in Vagli dialect).

Gindaabol (Jentilpe) and some Vagla towns have already performed theirs. This year's Vugga Kwaaraa came off from  Monday, May 16, 2022 to Friday, May 20, 2022. It was the major event for this year due to the personalities involved and towns and cultures that came through to commiserate with Tuna.

Relevance of the celebration

The Vugga Kwaaraa is a period in which  families of deceased persons gather to customarily close funeral issues of the deceased.

Within such period, relations are built and families reunite with settlement of outstanding issues.

It is very good grounds for marriages to be spiced up and for single women and men to find life partners.

It is a merry ground since sacrificed cows, goats and fowls are cooked in homes and enjoyed with pito (local beer) and kikaara (made out of millet mixed with broth from cooked meats and any relevant herb[s]).

Farming seasons and picking of shea nuts in Vagliheri commences after this season.

After Le'kwaara or Vugga are done for the year, Vaglas gather at their ritual headquarters of Sonnyo in the Bole District to purify the past season and commit the next farming season into the hands of the ancestors of  Vagla. It is headed by the Kuppo and it takes about four days. Often, it commences on Wednesday after all Vaglinera and Vaglikoora have gathered at Sonnyo.

The Deng Festival is very similar to the Aboakyir Festival of the Effutu of Winneba in the Central Region. It also involves the hunting of a deer.

It is believed that each year, right after Deng celebration at Sonnyo, rains, good harvests, strengthened marriages and blessed wombs are released for the season and for all who need them.