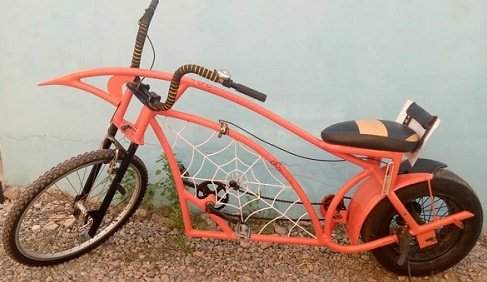 Bicycles are ridden as a mode of transportation and for fun. They are a form of  recreation suitable for people of all ages. The use of wood technology in bicycle construction dates back to 1817,  when Baron Von Drais created a human powered wooden bicycle.

It became quite popular in the 1940s but with the advent of metal bicycles it fell out of favour.

In recent times, there has been a resurgence in the interest of wooden bicycles .

With the significant advances in technological research and application, wood and bamboo are increasingly being promoted as materials suitable for the construction of bicycle frames and individual bicycle components.

It is handy for those who have a true passion for the beauty and aesthetics of the modern bicycle in the wooden form, and a strong belief in a more sustainable way of living.

In 2007, 39-year-old draughtsman, Joseph Korley Tetteh, while watching a programme on television about how the Allidavision motor bike was made,  was greatly inspired to build a chopper bicycle, a highly customised bicycle whose construction and style is similar to a chopper motorcycle, a type of motorcycle which emerged in California in the 50’s. 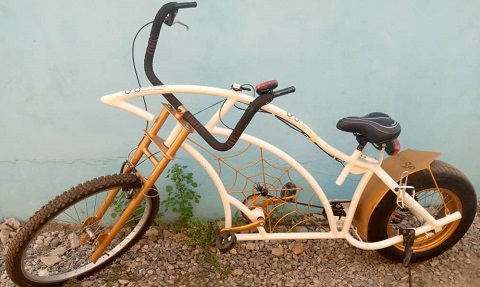 In an interview with the Mirror last Wednesday at Teshie in Accra,  Mr Tetteh said after his first invention, he almost gave up on his dream due to financial challenges.

“After the first invention in 2007, somehow I let go of the dream due to lack of funds, so it was in 2020, precisely during the  lockdown period. It  presented the perfect opportunity because I had so much time on my hands. I decided to  take it a step further by researching about wooden bicycles. Luckily I found that it was  eco-friendly, more durable, stylish, and makes cycling more fun. I was greatly inspired to make a wooden bicycle.,” he said.

Mr Tetteh said after sketching the designs on paper, he  used different types of wood such as “Odanta “ to make the bicycle.

With the exception of the wheels,  brake and fork, all other parts are made of wood , fitted with quality components and perfect for anyone who wants to make a statement on the road.

Mr Tetteh has so far made a chopper bicycle, a mountain wooden bicycle, a quadricycle and unique metal bikes. Although he has made much from his inventions, the draughtsman expresses the hope that his efforts will be crowned with success in the future.

“I know that one day I will reap the fruits of my labour,  I will be appreciated for coming up with these inventions, nevertheless, I am happy to be fulfilling my dream”, he said.

Mr Tetteh currently lacks the capital, the right tools and a work station to make the bicycles on a large scale. 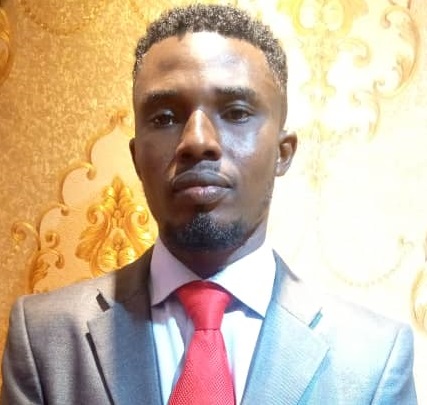 ‘‘If I am supported by investors and individuals,  I will produce on a large scale. My aim is to contribute to the socio-economic development of the country by training the youth to make wooden and metal bicycles.

I also want to plead with the authorities to provide exclusive lanes for  bicycles . This would ensure the safety of cyclists. It is my dream that my company, Seek ye bikes, will become a household  name in the country when it comes to bicycles, be it wooden or metal.