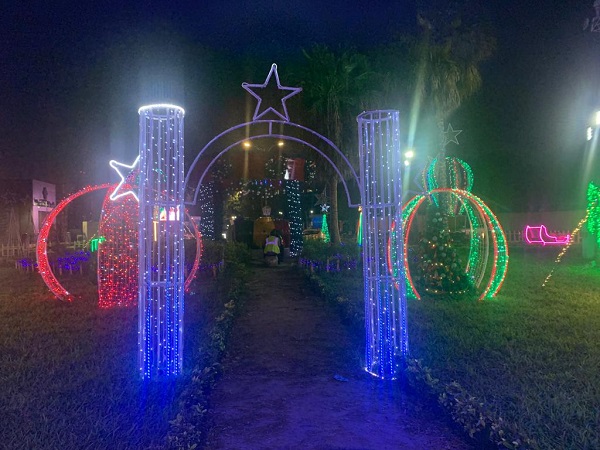 This year’s edition of the project dubbed “Light Up Accra” kicked off on December 16, 2022 with its usual magnificent Christmas lighting, offering family and friends an opportunity to take photographs.

Some of the venues for the project include Ridge Roundabout, Airport Roundabout, 37 Roundabout, Danquah Interchange, Jubilee House, Ako-Adjei Interchange and the Park 100 in front of the Ghana College of Physicians and Surgeons.

Few people
The Mirror noted that out of all the places visited, it was only the Ridge Roundabout that had few people there. Some parents who spoke to The Mirror said they were optimistic that by weekend, the places would be choked.

There were few parents monitoring their children playing around the decorative artefacts while others posed for pictures. And then there were those who were shouting occasionally to alert their children to move from an area. 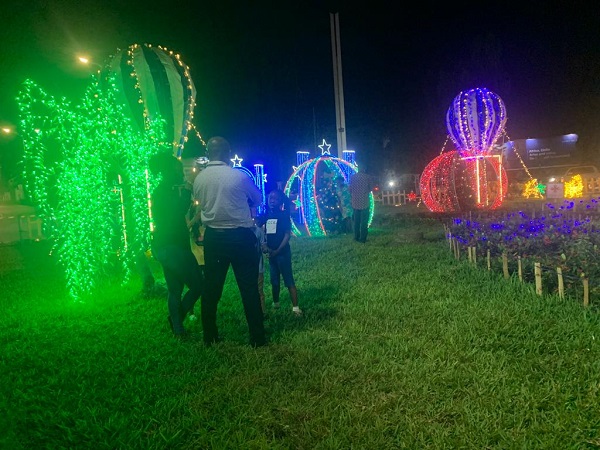 The decorations this year are quite different from the usual old cars and other motifs. This time, there are a lot of symbols with more lighting laid on crawling plants and trees.

Some institutions on that stretch such as MTN, Zenith Bank and the Church of Latter Day Saints have all put up eye-catching glittering decors, making the area a perfect Christmas scene.

Response team
A team member of the Korley Klottey Rapid Response Team spotted at the Ridge Roundabout, Mr Sam Quarcoe, said the project would be extended to various locations in Kumasi, Koforidua, Takoradi and other places in the country.

He said the project was officially launched with a rally which started at the Ako-Adjei Interchange and ended at Park 100.

He said this year’s edition, dubbed “Tis the season to sparkle”, would end on January 9, 2023.
“It has just commenced and soon people will catch the vibe and spend some time with their families at the various locations,” he said. 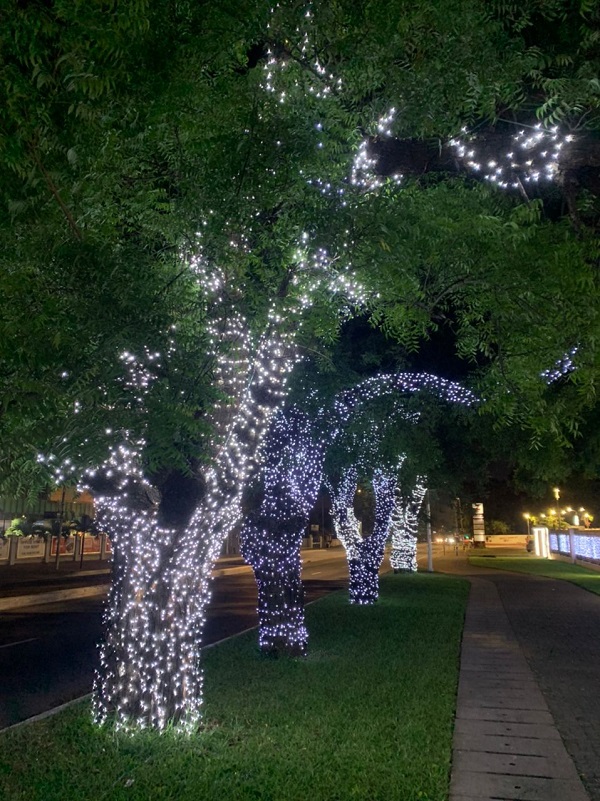 A parent, Mr Kenneth Biney, who was at the Ridge Roundabout with his children, said the initiative offered parents time to bond with their children. He added that the decorations were unique pieces that would not only bring the cheer and joyfulness of Christmas, but would also promote Ghana globally.

He, however, expressed dissatisfaction at the number of people around and attributed it to the economy.

Another parent, Mr Jude Blay, who was spotted moving his two little girls from one decorated couch piece to another, said he had come to spend about 30 minutes. 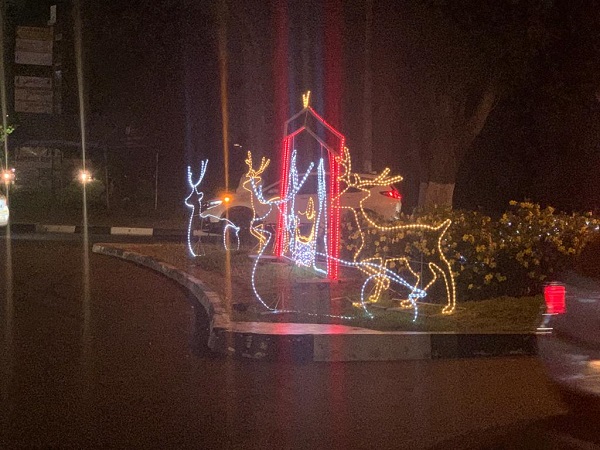 He said it was good to see only few people around as it gave his girls the luxury of sitting and taking pictures with every artefact.

Light up
The ‘Light Up Accra’ initiative forms part of the Accra Beautification Project introduced by the Accra Metropolitan Assembly and other partners, including Jandel Limited (a décor, luxury and lifestyle experience company) and Ecobank.